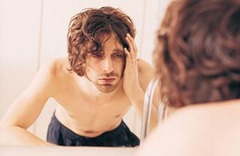 Planning a big night out? A big night out that will inevitably include drinking copious amounts of booze? Well, a new study has uncovered your new secret weapon for fighting off hangovers before or after you have one too many tequila shots: asparagus.

That's right, scientists have found that eating asparagus before or after a night of drinking can help reign in the next day's headaches. And this isn't just the latest folk cure to crop up either--many of the most amusing of which were documented in this New Yorker piece on hangovers. No, this is based on actual scientific research.

According to Rodale News, "In research to be published in the Journal of Food Science, Korean researchers found that extracts taken from the leaves and shoots of asparagus boosted levels of key enzymes that break down alcohol after heavy drinking."The good news is that such concentrated asparagus extract isn't necessary. Simply eating a healthy dose of the green stuff before or after (or before and after) your Friday or Saturday (or Monday or Wednesday--I'm not judging here) night can have an alleviating effect. The idea's still pretty novel--though tested--but we could be looking at a bona fide hangover remedy here.

So how does it work? Rodale explains: "Heavy alcohol (ethanol) drinking leads to a number of unpleasant physical and mental symptoms, including fatigue, thirst, headache, nausea, vomiting, and so on. In addition, ethanol itself and acetaldehyde, a metabolite produced in the course of ethanol breakdown, may induce a number of toxic results, especially in the liver. 'The two key enzymes, alcohol dehydrogenase (ADH) and acetaldehyde dehydrogenase (ALDH) quickly metabolize ethanol into the 'nontoxic' acetate,' explains Deokbae Park, PhD, professor of medicine at Cheju National University School of Medicine in Korea. 'Our study basically aimed to find any diet to promote the breakdown of ethanol by stimulating the two key enzymes,' he says. By adding the extract to liver cells in the lab, they determined that asparagus is high in amino acids that stimulate those enzyme functions, accelerating the breakdown of alcohol. In an informal trial that wasn't part of the study, Park found that volunteers who drank a beverage containing the extract reported fewer hangover symptoms."

You've got to love science. Of course, how effective it the new remedy is has yet to be conclusively determined. Perhaps you can play a role in conducting some valuable "research" here: before Friday night rolls around, swing by your grocery store (or preferably, of course, farmer's market) and load up on asparagus. Have a nice big helping with dinner, and save some for brunch. And drink away--responsibly, of course. Hey, someone's got to do the dirty work, right?

And if it doesn't work, try these other all-natural hangover remedies next time.

How often should you clean your dorm room?
Oleander Is a Poisonous Plant, Not a Cure for COVID-19
Asparagus Fern

Continuity Tester
How to Build a Deck
What is the cost of a leaky shower head?