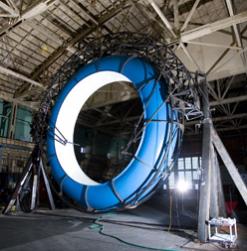 A revolving waterslide created by Discovery Channel's "Prototype This!" team could save a lot of time walking up stairs at the water park.
Copyright Discovery Communications, LLC

Long before humans qualified as Homo sapiens, they'd been using tools. As time went on, the tools they created became more and more advanced. Nowadays, the tools of the trade, like those used to make prototypes of fantastic and innovative new products, are so complex and cool, you and I will probably never own them. We won't need to. But for people inventing cutting-edge products, these tools are a must.

­One interesting prototype created with the tools we'll read about on the following pages is the revolving circular waterslide pictured above. The team members on Discovery's show "Prototype This!" also attempted to create a 6x6 all terrain runner and robots that box. The "Prototype This!" team comprises five scientists­ and engineers with different fields of expertise such as animatronics, mechanical engineering and electronics. Together they work to create wild futuristic prototypes in a short timeframe.

Unlike the tools collecting cobwebs in the corner of your garage, these high-tech tools are what's needed to push the bounds of human innovation and create amazing new potential products. On the following pages, we'll take a look at some of the types of tools used on "Prototype This!" and explore the interesting functions they perform. 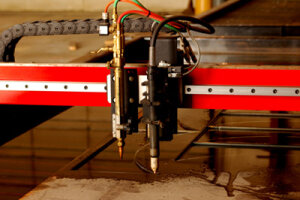 What's the most expensive workshop tool out there?