5 Most Common Household Pests and How to Control Them 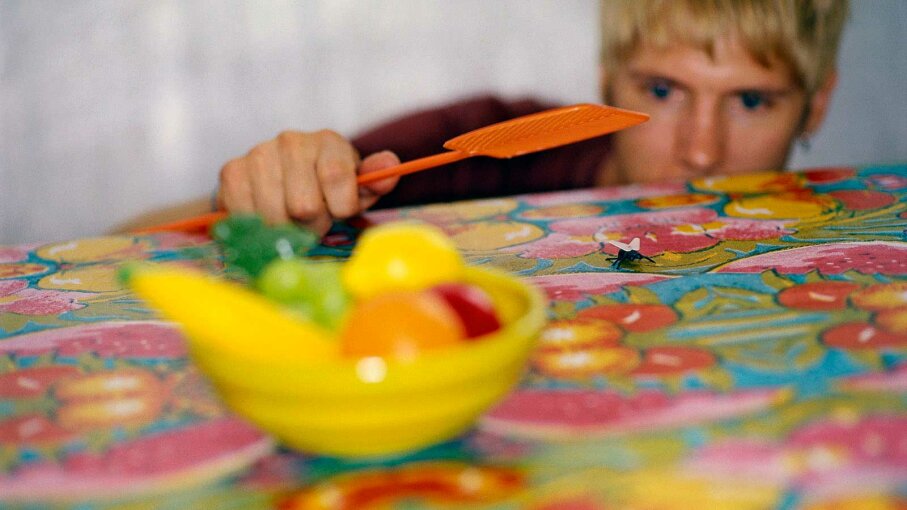 There's nothing worse than having a house full of bugs. But how can you get rid of them? Steve Prezant/Getty Images

Critters and bugs are essential to the balance of the ecosystems of the world, but when they are in places where they don’t belong—like your house—they not only cause trouble by being a nuisance, but they can also carry disease and potentially cause severe damage to your home. Termites alone cause five billion dollars in damages each year according to National Pest Management Association (NPMA).

The first line of defense against all household pests is to keep your home clean and tidy. Be certain that crumbs and spills are picked up after right away, and keep pet food and other dry goods in air tight containers. Also try to reduce the number of ways that pests can get into your home by repairing any torn screens and sealing cracks in the foundation or gaps in weather-stripping or around incoming and outgoing pipes and vents.

Unfortunately, even the most well-cared-for homes still have problems with pests from time to time. NPMA lists the following five pests as the most common in U.S. homes, and the best weapon against them is having the knowledge of how to beat them. 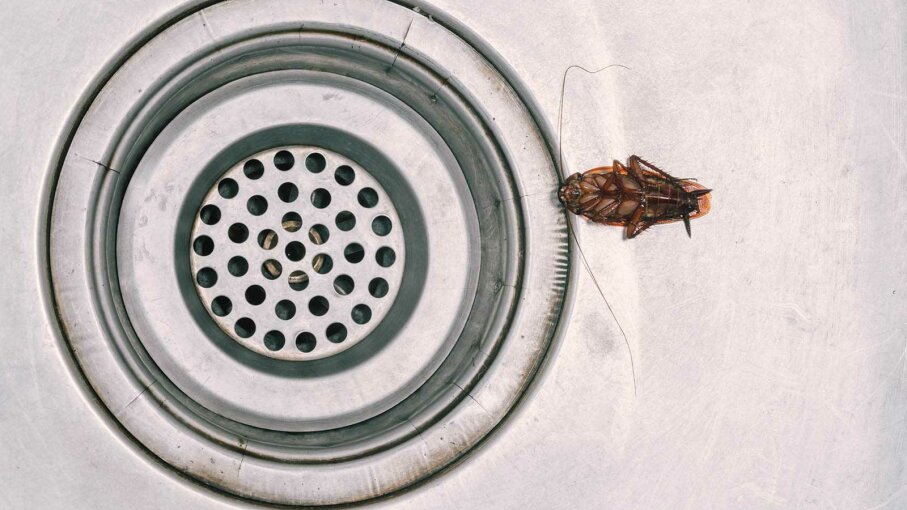 Cockroaches are super nasty and hard to get rid of. PansLaos/Getty Images

These half-inch-to-2-inch-long bugs contaminate food, destroy fabric and paper, cause staining on surfaces, and depending on the species may transmit bacteria and disease including salmonella, coliform, staphylococcus, streptococcus, and the hepatitis virus.

Bug sprays are not particularly effective for extended elimination of cockroaches, but with a vigilant effort they can be eliminated. Locate and remove all sources of water and food for the bugs, and remove any hiding places for them. Putting out traps for them will also help keep track of when they reappear and allow you to manage them more quickly and more effectively. 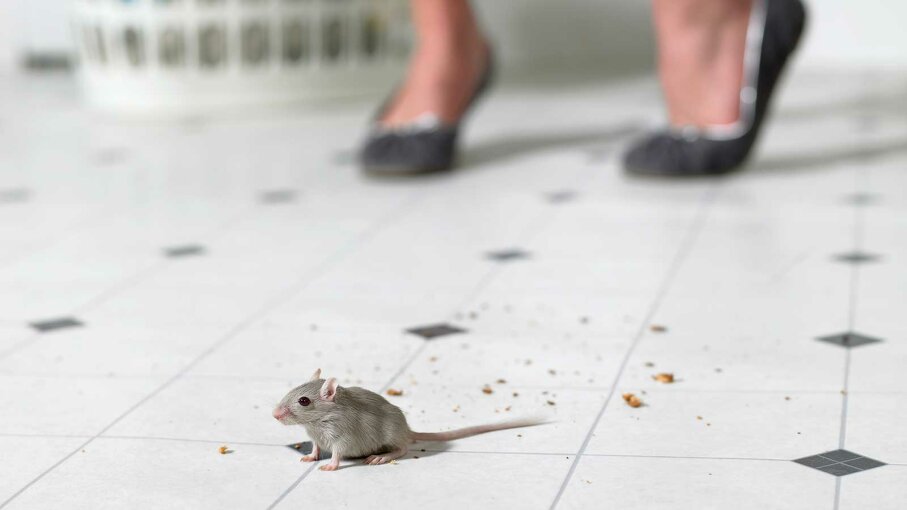 Mice can squeeze through the smallest gaps and get into your home. Michael Blann/Getty Images

They may not be as large or seem as unappealing as rats, but mice are capable of much more than their size lets on. Even if you don’t see them scurrying through your home, a clear sign that there are mice in the house is their droppings, which resemble oversized coffee grounds. Mice do most of their damage by leaving urine and excrement on household objects and clothing, although they are also known to nibble at books, pillows, and other soft items.

Because mice reproduce as many as ten times each year, it’s essential to manage their population as quickly as possible. In addition to making sure there is no access to food for them inside the home, it is also important to make sure that anything they would consider food (i.e. bird seed) outside the home is also sealed tightly in the garage or surrounding outbuildings. Mice can squeeze through even the smallest gaps so sealing any cracks that may give them entry into the home or garage is also essential. Homeowners can also place traps, rodenticides, or glue boards to capture and kill the mice. 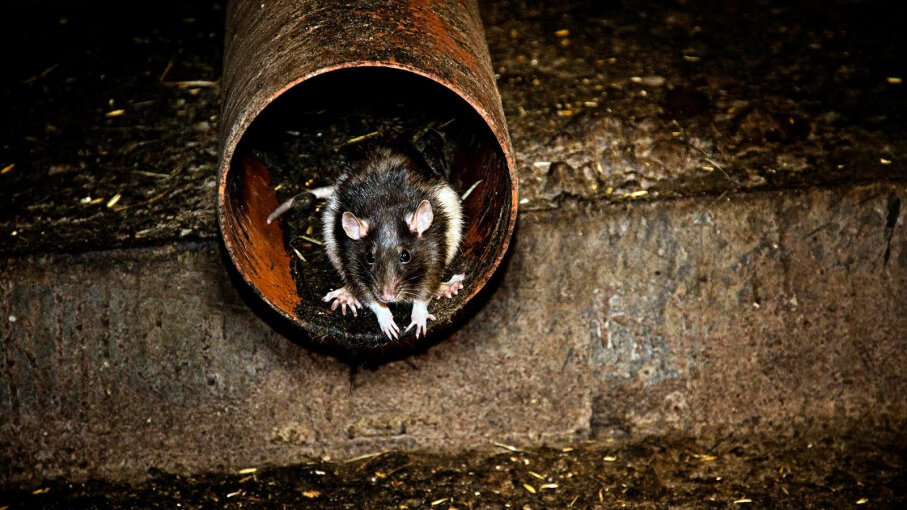 Rats can carry diseases like salmonellosis and typhus are and transmit them to humans. Kemter/Getty Images

Rats elicit squeamishness in the best of people. If you have obvious evidence of them such as finding them in your pool, having the cat drag one in, or seeing them run across the yard or electrical wires then it’s important to start control processes immediately. But there are other signs you may have rats – such as burrows in the garden or compost pile, rustling in the attic at dusk, or finding rat droppings (which are similar to mouse dropping, but larger). In addition to eating food products, rats also like to gnaw on wood, wires (sometimes causing fires), and insulation which can become costly fixes. Salmonellosis, ratbite fever, and typhus are just a few of the diseases they can transmit to humans.

To control the population of rats, it is not only necessary to remove the sources of food for them but also to rodent proof your home by sealing any gaps of more than one-quarter inch with steel wool or sheet metal which they can’t gnaw through. If they are still an issue, it is best to set traps to catch them as poisoning the rats could lead to them dying in the walls or other inaccessible places, and the stench that creates can be unbearable and require more repair work to your home. 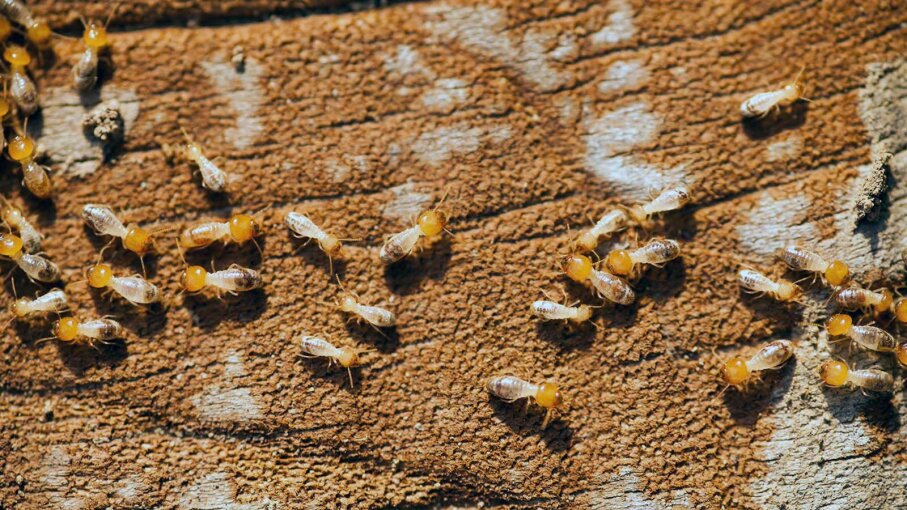 Termites can cause thousands of dollars worth of damage to your home if not caught early. Tahreer Photography/Getty Images

These tiny white, tan, or black bugs are known for attacking the lumber that is used to build homes but can also be a hazard to books, furniture, and food products deeper within a home’s structure. The queen termite can lay thousands of eggs in a single day leading to exponential damage to your home. If you see swarms of small winged insects in the spring or fall or find tunneling, darkening, or blistering in wood, you may have a termite infestation.

There are many species of termites and the methods for ridding your home of them will depend on which type you have, but no matter what type of termites have infested your home, professional removal of them is typically required. In order to help prevent them from getting in in the first place, keep wood 12-inches above ground and properly ventilate the structure so that is doesn’t retain moisture which is a common draw for termites. Some types of wood are more resistant to termites than others so when building new construction, select termite resistant woods such as cedar, redwood, and white oak. 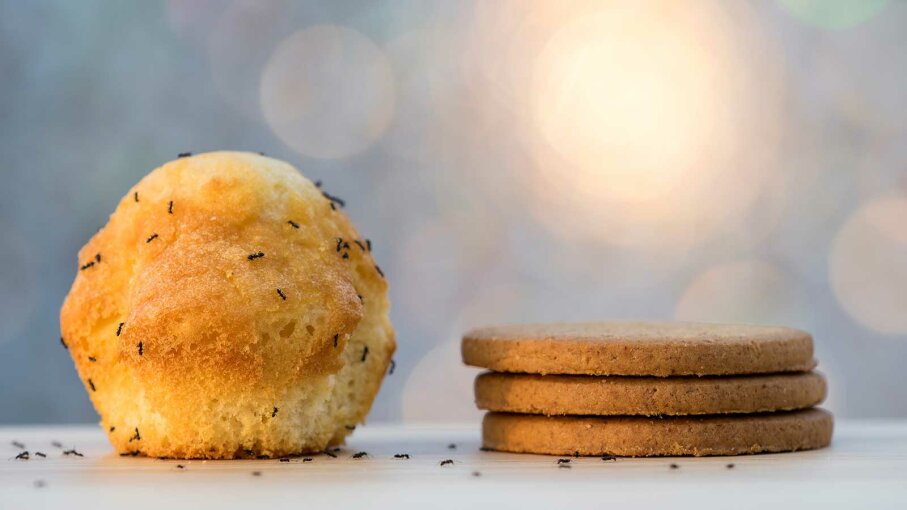 Sugar ants love to feast on sweets just like you do. Jose A. Bernat Bacete/Getty Images

There is no questioning when ants have invaded. Once one is spotted, another one is always nearby. And whether they are scurrying across countertops or parading from outdoors to a lone crumb on the floor, getting rid of them quickly will prevent a massive infestation.

To rid your home of ants, bring any containers or objects covered in them outdoors. Clean up any crawling ants with soapy water and make sure all food spills or sticky objects have been cleaned up. However, getting rid of the ants in the house will not stop other ants from entering the house. Use caulk to seal any holes in doorways or trim to block them from being able to enter. To deter ants from getting anywhere near the house, stop plantings and mulch a foot from the foundation so that they don’t colonize there. And if the problem persists, consider using baits outside so that they are deterred before making it indoors.