How to Get the Most Out of a Studio Apartment 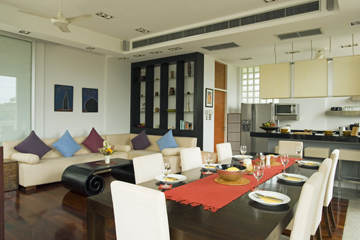 Studio apartments aren't big on space, so good organization is a must. Want to learn more? Check out these home office décor pictures.
Comstock/Comstock/Thinkstock

There are many positive aspects to living in small quarters. Renting a compact studio apartment is really appealing to the pocketbook. Leasing a studio may enable you to live in a chic, expensive part of the city you couldn't otherwise afford. You'll never blow an entire Saturday cleaning. Everything you have is right in the room with you, so you'll never have to run all over the house to fetch something. And if you're not big on having guests stay over for several days, you've got a built-in excuse to turn them away: Sorry, there's no room [source: Apartment Therapy]. Having less junk to deal with is also known to relieve stress, and who couldn't use a little stress reduction now and then [source: McKinley]?

And that's one of the problems with smaller apartments. Many people shy away because of the space constraints. Where will the 65-inch (165.1-centimeter) TV go? The king-size bed? Your enormous DVD collection?

Sound appealing? Before you rush out and sign on the dotted line for a micro-sized pad, remember that a studio apartment doesn't immediately equate into a great, new home. It willbecompact, and you'll need to make the most of the space you have in order to live well. Luckily, it's not that difficult. Doing so is a mainly a matter of layout, furnishings, color and light. And a little bit of deception. 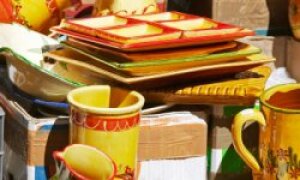 How can you organize your home office?