Browse the article How to Get Rid of Rats 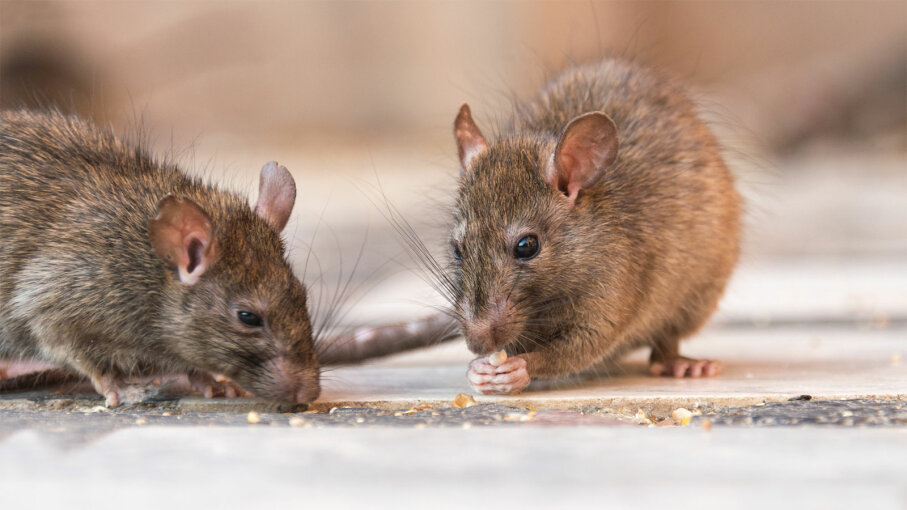 There's a reason why rats are so hard to get rid of. They're pretty smart for one thing. Alexander W Helin/Getty Images

Depending on your perspective, rats are either the superheroes or supervillains of the animal world. Equipped with incredible survival skills and high intelligence, rats often survive a range of difficult environmental conditions and even all-out human efforts to kill them.

Domesticated rats can make for low-maintenance pets, as they bond deeply with their owners and exhibit quirky personality traits. But wild rats, like the Norway and brown rats found throughout many major cities, are often a public health nuisance.

The Centers for Disease Control indicate that rats can spread dozens of diseases around the globe. You can get sick from rodents directly if they bite you (which happens about 15,000 times per year in the U.S.), or if you touch their urine, feces or saliva, resulting in nasty infections like salmonellosis, Hantavirus, leptospirosis, tularemia, lassa fever or even plague. Just as bad, you can become very ill if ticks, fleas, or mites feed on an infected rat and then bite you, resulting in diseases like Colorado tick fever, Lyme disease, West Nile virus, typhus, among others.

Rats often scamper through restaurants at night, searching for food, spreading bacteria and droppings in revolting ways. In rare situations, they'll even attack humans, biting them repeatedly if they can't defend themselves. And because their teeth grow continuously, at a rate of up to 5 inches (12.7 centimeters) per year, rats gnaw on just about anything to file down their teeth, from cinder blocks to metal sheeting to the electrical wiring in homes and vehicles, causing major damage and potential fire hazards.

Rats are adept climbers; they can squeeze through holes the size of U.S. quarter, survive falls of up to 50 feet (15 meters), and swim for days without drowning, just a few reasons that attempting to control their populations is often downright exasperating. In 2017, for example, New York City – a notorious haven for these large rodents – launched a $32-million war on rats. In spite of those efforts, and those in other cities, rat populations continue to explode, partially because climate change is leading to longer breeding seasons, allowing females to give birth to extra litters.

Mike Deutsch is a medical entomologist and technical director of Arrow Exterminating Company in Lynbrook, New York. He says via email that rats make their presence known with "fecal droppings, urine stains, gnaw marks on materials and the presence of live and dead rodents on or in the structure. Rats have oily fur and leave oily stains on surfaces that they frequently use." Many homeowners notice behavioral changes in their pets, too, as dogs and cats may stare at walls or exhibit excitement when they detect rodents that humans cannot.

There's no "magic bullet" for rat control, says Deutsch. Rat exterminators lean on a philosophy called Integrated Pest Management (or IPM), which requires them to weigh mechanical, physical, cultural and chemical control options in their efforts to stamp out unwanted intruders. Doing so is easier said than done.

"Rat abatement is very challenging," says Deutsch. "You must understand the biology, behavior and ecology of these animals to effectively eliminate them from a structure." Rats thrive in human filth, particularly in places with high population densities. That's why cities riddled with easily-accessible trash and aging, holey buildings, like New York City, are particularly active rat hotspots.

Getting Rid of Rats

That said, there are some tactics that you can use to address the problem. The first step in stopping rats is to make their habitat less desirable for feeding and nesting. Rats typically live out their lives no more than 400 feet (122 meters) from a primary food source. So, if you can reduce a rat's ability to find food, it is less likely to pay you uninvited visits.

1. Pick Up All Food-related Trash in the Vicinity of Your Home

When you to place rubbish out for trash collection, use rat-resistant containers, and keep all compost and trash as far from your home as possible. Store all other food sources, like birdseed or grass seed or pet foods, in rat-proof containers, too. Pick up and discard dog droppings in your yard daily. Trim tall grass and get rid of wood piles and other junk around your property, as these items often create suitable rat habitat. Keep outdoor grilling areas clean and free of food debris.

2. Keep Rats From Getting into Structures

That means sealing up gaps and holes, and using the right tools for the job, such as heavy-gauge screening or 1/4-inch (6-millimeter) hardware cloth. You can also use copper mesh, shoving it into those tight spaces that might tempt rat teeth. Finish this process with foam insulation and caulk. Make sure no tree branches or shrubs are touching your home, particularly near roof lines, because rats can climb foliage and then find ways into the structure.

Non-lethal traps do work but leave you with the challenge of releasing the rats into a new area, where they may cause new misery for someone else. Rodenticides may work, but these poisons might take weeks to have any effect and often unintentionally kill other animals.

A traditional trap might be your best solution for getting rid of rats. Just be sure to bait it with peanut butter rather than cheese.
Image Source/Getty Images

Old-school snap traps may be your best bet. You can purchase rat traps at your local hardware or big box store and then bait them. Contrary to popular belief, rodents don't particularly like cheese, and actually prefer peanut butter. Put a dollop of peanut butter the size of a pea on the rat traps. If your problem is in your kitchen, set up several traps under the sink or next to the wall. When you place the trap near a wall, create a T-shape with the bait next to the wall, because rats prefer to run right next to walls rather than out in the open. If you're setting the traps in the attic or basement, place the traps where you have found rat droppings.

It may take several days to catch the rat, and you may have to adjust your strategies several times in order to complete the job. If all else fails and rats are making your life difficult, call in a professional in order to make sure the job is done thoroughly.

In the wild, rats typically die at an age of 2 to 3 years old. But they can start breeding just three months after they're born, and they can have six litters of roughly 12 pups each year, meaning that in 12 months they could have about 2,000 descendants. Put another way, during their three-year lifespan, 6,000 babies can emerge from a single pair of breeding rats.