How the iRobot Looj Works

by Meghan E. Smith
NEXT PAGE 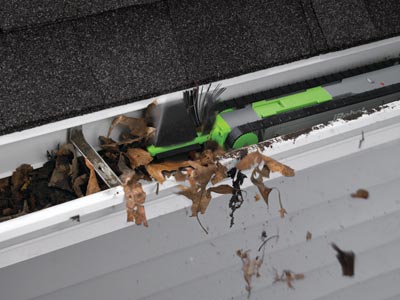 The iRobot Looj aims to clean out gutters remotely, so people can avoid the dangers of the task.
iRobot

Every homeowner knows that cleaning gutters is a pain, but did you know that it can be hazardous to your health? According to the U.S. Consumer Product Safety Commission, hospital emergency rooms treat more than 164,000 ladder-related injuries each year -- and 17,124 of those were head injuries in 2007. [Source: Department of Health and Human Services.] It's hard to clean gutters without getting on a ladder, so it's no surprise that inventors are constantly trying to come up with better, safer ways to do the job.

In September of 2006, iRobot (creators of the Roomba, a robotic vacuum) sponsored an internal design competition to generate new product ideas. Jim Lynch, an electrical engineer with the company, decided to tackle the "dumb, dirty, and dangerous" job of gutter cleaning [Source: BNet]. He began tinkering with an electric screwdriver and toy truck, and the resulting design won the competition. One year later, iRobot released the Looj, a remote-controlled robot that's designed to motor through gutters and pitch out any debris in its path.

At 2 1/4 inches high and 31/4 inches wide (5.72 by 8.26 centimeters), the Looj is slim enough to travel through a standard gutter. Two treads run the entire length of the Looj, which helps it tackle uneven ground. At the front of the Looj is a replaceable three-stage auger -- that's the part that's actually supposed to shovel the leaves out of your gutter. Topping it all off is a removable handle that doubles as a remote control, allowing the operator to stay in one place while driving the Looj up and down the gutter. With the remote you can change the direction of the auger so that you don't end up with leaves all over your roof. You can also reverse the Looj if it runs into an impassable clog, or if you simply need to bring it back to you.

Now that you know the story, let's find out what makes the Looj tick. 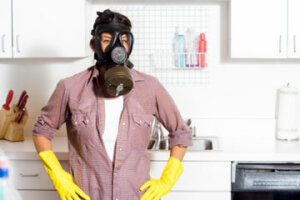 How to Clean Your House for Each Season 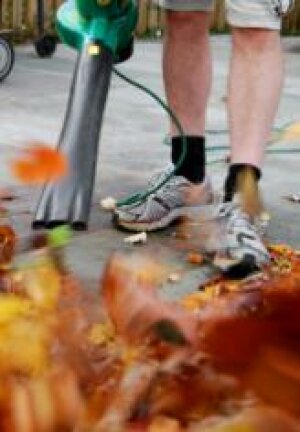