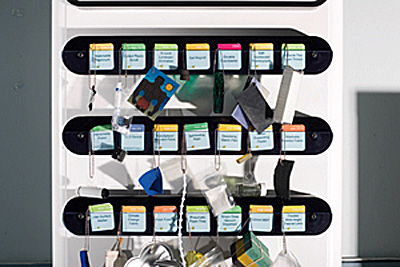 Technology libraries can contain samples and information, teaching designers about new state-of-the-art technologies and how they might be able to apply them -- the guys on Discovery's show "Prototype This!" have the use of one.
Copyright Discovery Communications, LLC

Lots of people have been struck with an idea for an awesome new invention that they're just positive everyone will be clamoring for. And what do they do with it? Usually not much. It remains a good (or more likely mediocre -- be honest!) idea that will amount to nothing, or someone else will eventually invent it, leaving the original lackadaisical innovator feeling burned.

But what about people whose jobs depend on their being innovators and cutting-edge designers? The pressure of constantly cooking up daring new designs that stand out on store shelves can be a little daunting, especially when you have an existing mold that's working pretty well. This is where technology libraries can be handy. Full of interesting new materials and technologies, these libraries can expose product designers to possible opportunities for product innovations.

Technology libraries can kick-start innovations by highlighting the latest cutting-edge technologies, along with tried and true ones pulled from other industries, and offering ideas for how they can be integrated into a variety of popular products. For example, let's take a closer look at one recent technological breakthrough that was the result of years of careful study and could have a huge impact on products of the future.

Researchers recently developed an adhesive material modeled on the properties of geckos' feet -- with four times the sticking power of the little lizards' footpads. Nanotechnology enabled them to create an adhesive patch covered with microscopic nanotubes. Those tiny tubes, like the microscopic hairs covering gecko feet, can form weak molecular bonds with pretty much anything you want to stick them to. And also like the fast-moving gecko, the bond is easily broken when you want to get something unstuck.

A Tokay Gecko shows off the adhesive toe-pads that allow it to race around walls and ceilings. Researchers are mimicking this characteristic to develop a useful adhesive.
Dr. Darlyne A. Murawski/National Geographic/Getty Images

Currently, this new technology is still largely in the prototype phase, but the range of applications it could potentially be used for in the future are seemingly endless -- rock climbing sneakers, wrapping paper, presidential campaign bumper stickers, you name it. But how will information about this material get into the hands of people creating those various types of products? A technology library could definitely open that door.

To get an insider's look at the potential of technology libraries -- and possibly consider what one could do for your workplace -- continue to the next page. 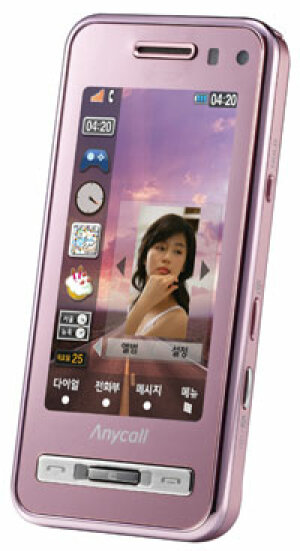