Is Gorilla Glass used in an iPad? 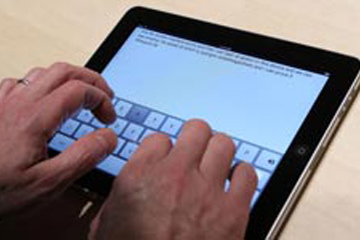 Apple's iPad might go down in history as one of the most scrutinized pieces of technology ever to hit store shelves. By the time former Apple CEO Steve Jobs took the stage in 2010 to unveil the iPad, rumors of an Apple-branded tablet device had already been circulating for years. Since its successful launch, numerous blogs and Web sites have dismantled and examined every last chip, sensor and wire in the iPad. But one part of the device still remains a mystery: the screen.

The iPad's screen is arguably the most important component for the device. Almost every interaction with the iPad involves using the touch-screen interface in some way. That screen has to be able to protect the delicate circuitry inside the iPad while providing a pristine viewing experience. How do you guarantee that a screen will be thin, clear and strong?

The answer lies in aluminosilicate glass. Normal glass is made from silica and a few other components. Provide enough heat to melt these components together, and you'll get liquefied glass. When the liquid cools, you'll have a solid piece of glass.

Aluminosilicate glass has a special mixture of materials like silicon dioxide, aluminum and oxygen that creates a particularly resilient type of glass. When properly prepared, this glass is scratch-resistant and difficult to break or shatter. Consumer electronics ranging from televisions to smartphones rely on aluminosilicate glass to withstand daily use.

One of the leading companies in aluminosilicate glass manufacturing is Corning. Corning has a long history with glass and ceramics -- you may be familiar with CorningWare dishes. But some of Corning's biggest customers are other companies like Samsung and Sony. These companies use Corning's Gorilla Glass to provide protection and ensure longevity for their consumer products. But is Apple among them? 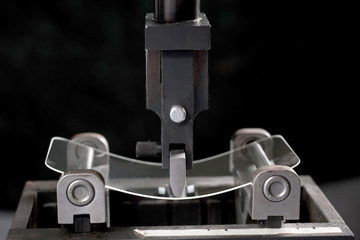 The basic answer is that only people at Apple and Corning know for sure if Gorilla Glass is part of the iPad line of products. While Corning lists several manufacturers as clients on its Gorilla Glass Web page, you won't find Apple among the names. But that doesn't mean Corning and Apple aren't doing business together.

Corning only shares information about its clients with their permission. Should a company wish to keep its components secret -- a practice for which Apple is famous -- Corning won't list its name on the Gorilla Glass site. Just because Apple is nowhere to be found on the site isn't enough evidence to draw conclusions.

Asking Apple or Corning doesn't seem to help, either. Inquiries tend to be ignored or, if you're lucky, answered with a simple "no comment." Getting an official, straight answer from either party appears to be a dead end.

To complicate matters, there are other companies that produce aluminosilicate glass. One candidate is a Japanese company called Asahi Glass Company. In 2011, Asahi introduced a new product it calls Dragontrail Glass. Said to be six times stronger than standard glass, this product resists scratches and breaks in a way similar to Corning's product.

Many of the parts you'll find in Apple products come from Asia. Could the glass for iPad screens be among them? Since neither Apple nor Corning will own up, the matter remains unresolved for the rest of us. We can only draw conclusions on circumstantial evidence while we wait for someone in charge to spill the beans.

Learn more about electronics and Gorilla Glass by following the links on the next page.

In March 2011, a massive earthquake damaged four of Asahi Glass Company's plants. The damage prompted industry analysts to predict problems for Apple's supply chain for the iPad, even though Apple hasn't confirmed that it uses Asahi's glass in the tablet.

How the Nest Learning Thermostat Works
How to Remove Maple and Corn Syrup Stains
How do I clean wool carpeting without using water?