Can the color of a room affect your mood?

by Chris Obenschain
NEXT PAGE 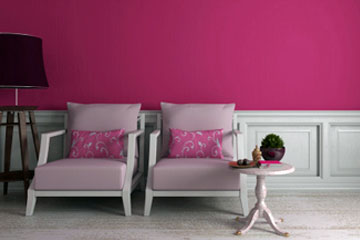 Are you feeling calm yet? Pink can do that to you!
iStockphoto/Thinkstock

For more than three decades, visiting football teams to the University of Iowa's Kinnick Stadium have had to suit up for games in an all-pink locker room. Everything in the space -- the urinals, lockers, walls, even the floors -- is pink. The color scheme is supposed to calm and pacify the Hawkeyes' opponents and is a tradition begun by former coach Hayden Fry, who just happened to be a psychology major. To counteract the color's effects, teams have gone as far as to cover the walls with different colored wallpaper, and more than one defeated opponent has blamed its loss on the room's hue.

But does the Hawkeyes' pink locker room actually give the home team an advantage, or is that just an excuse for sore losers? It's hard to say for certain, but we do know that a room's color can have a profound impact on a person's mood. In fact, many police stations around the country have pink drunk tanks to calm intoxicated prisoners, and a few require inmates to don pink jumpsuits and live in pink cells. One jail in Missouri even added painted blue teddy bears on their pink walls in the hopes of fostering a soothing environment.

Pink isn't the only room color that can evoke an emotional response. As any interior decorator will tell you, how a person feels in a space is largely dependent on the room's color. Of course, there are other variables, including gender, culture, age, personality and mental state, but color affects us more than most of us realize. Tests have even shown that certain colors (red and blue, respectively) can increase memory retention and creativity.

What hue may inspire you (or your husband or child) to keep a tidier home? Find out on the next page. 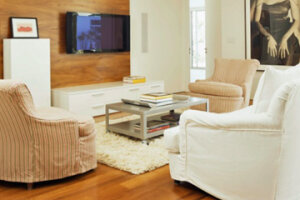 Furnishing for Comfort and Style 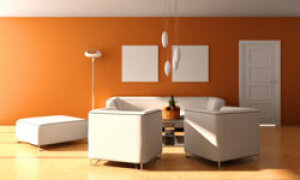