How the Papasan Chair Wound up in Everyone's First Apartment

In the early 2000s, my high school friends and I would routinely crash at one pal's house on the weekends. Her apartment was roomy enough to accommodate an impressive number of obnoxious, post-party teenagers, but there was only so much mattress space and couch real estate to go around. Inevitably, one of us would have to sleep in the papasan.

If you don't know the papasan by name, you certainly know it on sight. It's that bowl-shaped, cushioned chair that has a definite 1970s feel to it. It seemed to enjoy a renaissance in the late mid to late '90s (I can't find evidence of one existing in the "Friends" apartment, but it definitely could have been something Monica had and never allowed anyone to sit in).

In reporting this story, I learned that just about everyone has a papasan story. I heard a lot of "oh I love those!" and "ugh I had to sleep in one of those after a frat party once." My completely informal and unscientific poll on the matter indicates that many admire the quirky aesthetic of the papasan, plenty are put off by its precarious-seeming nature, and more than a few have woken up stiff and contorted from assuming the fetal position in it for eight hours. Regardless of your relationship to the furniture staple, it's worth knowing a little bit about this curious circular seating option and where it came from.

Where Did the Papasan Come From?

The papasan goes by many names — bucket chair, saucer chair, bowl chair, moon chair and others. You might think its most common moniker would offer some insight into the product's origin, but, well, things are never that simple, right? Some of the earliest references to the term "papasan" date back to the 1970s and a 1974 advertisement from the Philippines used the word to promote the now-internationally recognized chair. But the word itself definitely didn't originate in the Philippines. According to John Kelly's super comprehensive article on the topic,"papasan" combines the English word for father ("papa") with the Japanese honorific suffix ("-san") to mean male elder or father.

"Legend has it that U.S. military men first brought the papasan chair to the states as a gift for their wives," says interior designer Sarah Barnard. "Paired with other treasures from their travels, the moon-shaped chair became part of the international and eclectic aesthetic 'contemporary military' or 'military chic' style."

It's still not totally clear why the soldiers chose to bestow such a name on a circular chair, but it's worth noting that Kelly says the term "papasan" was also used interchangeably with "pimp" during that era, and experts speculate soldiers may have first spotted the chair in red-light venues during the Vietnam War and associated it with sex culture. A stretch? Maybe. But there's not much information out there to otherwise explain the name.

Regardless of what you call it, the circular chair's history predates its many names, though it's not totally clear by how much time. According to Kelly's research, the chair is a product of Asian-Pacific culture that potentially popped up some time in the 20th century, albeit in a simpler form — smaller, uncushioned and propped up on legs.

As for how and why the papasan became such a ubiquitous '70s staple in the states outside of military circles, you can presumably thank Pier 1. According to the company website, it first started selling the chair, along with "beanbag chairs, love beads and incense" in the early 1960s, but Kelly believes the papasan's popularity really took off in the 1970s, and if you type "papasan.com" into your browser, you'll be redirected to Pier 1's papasan page (weird but cool?).

So is the papasan still cool today? "I have noticed the original papasan shape transform into a smaller form, often just in the form of rattan without a tufted cushion," says Lindsey Shook, editorial and brand director of "California Home + Design Magazine." "The cushion itself is what makes the piece feel more dated. Now brands like Bend Goods and Baxter, are playing more with metal finishes, cords, installing smaller pillows and changing the shape."

"The rattan material and womb-like shape of papasan chairs invites daydreams of an island vacation and can inspire impromptu naps," Barnard says. "They are lightweight and easy to move about, with endless re-styling opportunities. Cushions can be replaced on a whim, and a colorful toss blanket can give an instant fresh face to a vintage chair. In recent years, saucer-shaped chairs have regained popularity, especially among boho-chic aficionados. Today's reinvented papasan is modern and earthy with a call to comfort and a casual, youthful spirit."

Now That's Interesting
If you're set on styling your home with the iconic piece of furniture, Barnard has some suggestions: "The best place to use a papasan chair is in an outdoor (or indoor/outdoor) space," she says. "Perfect for stargazing, the papasan helps us enjoy the restorative qualities of rest, relaxation and connection to nature."

What Is Sassafras and Is it Safe? 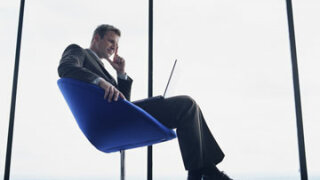 Can you build a better … chair? 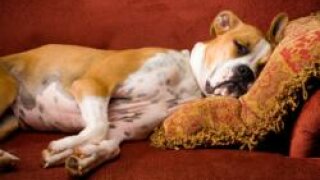 How to Keep Your Pet Off the Furniture 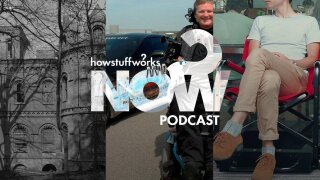 Hear and Now: A Chair That'll Save You From Standing in Line. Forever.