Subway tile, shiplap and barn doors are popular fixtures in the home improvement industry, but while the latter two are more taste-specific home decor selections, the explosion of interest in subway tile has yielded a color, pattern, finish and size to suit just about anyone. Interested in adding a splash of subway to your home? Check out these fun facts about the tile that everyone's come to know and love.

They Were Originally Created For the NYC Subway System

The term "subway tile" wasn't randomly coined. In fact, subway tiles were created specifically for use in the New York City subway system in 1904. A pair of architects named George C. Heins and Christopher Grant La Farge were charged with giving the subway a distinctive look, so they landed on a 3-by-6-inch (7-by-15-centimeter) tile, laid in brick-like fashion on the subway walls. In addition to being stylish, they were easy to clean, a plus for both filthy subway systems and eventually the average kitchen. "After their use in NYC subways, they transitioned to residential design in the '20s and have continued their steady popularity," says Ryan Fasan, technical consultant for Tile of Spain USA in an email.

Subway tile is classically defined by a specific ratio of 2:1, according to Fasan, but times are a-changing. The original 3-by-6-inch (7-by-15-centimeter) format has since grown into other sizes, like 4-by-8-inch (10-by-20-centimeter), 4-by-16-inch (10-by-40-centimeter) and even shrunk down into much tinier rectangles. "Really, the term has grown to encompass all small-format rectangular tile," he says, adding that today, "Any small format rectangle with a standard 1:2 or 1:4 ratio is often referred to as subway tile. Generally, the small format and rectangular shape are the biggest identifiers."

Subway Tile Is Not For Every Home

Sure, anyone can put subway tile up in their kitchen or bathroom (the two most popular locations), but it's likely to look out of place in a country kitchen, for example. That's because it's more associated with a retro or steampunk feel. "The connotation of a space employing subway tile lends itself to Art Nouveau and other modernist design languages and the timeless product fits with almost any retro style," Fasan explains. "If Edison bulbs, SMEG appliances and/or mid-century modern furniture are your cup of tea, subway tile is probably a good fit for your design." Rocking chairs and quilts? Not so much.

It's Best Kept Inside

Subway tile is likely to look its best for longer if kept inside. That's because modern subway tile sold in mass quantities for residential use isn't made of the same super-tough materials. "The originals were made from a high-density porcelain clay to withstand the heavy abuse and changing weather/humidity issues in the subway system," Fasan says. "If it is made from a ceramic wall body, the uses are confined to indoor wall-only locations."

With the increase in outdoor kitchens and living spaces there has been an uptick in outside-specific subway tile, but definitely make sure you have the right type before installation. And never use them as a floor tile. "The vast majority of these tiles feature somewhat delicate glazes so no matter which body they are made from, it's usually best to keep them off the floors unless there's specific technical info like PEI (porcelain enamel institute) ratings for glaze abrasion resistance and DCOF (dynamic coefficient of friction) for slip resistance," he says.

It's Easy to Install. Usually

Most subway tile projects require little more than some grout, tile, adhesive, water and a tile cutter to get the job done. There's also quite a bit of flexibility in how subway tiles are positioned (horizontally, vertically, L-shaped, etc.)

However, don't bite off more than you can chew until you've fully thought it through. Fasan says that a common mistake made when people are installing a complex pattern like herringbone is a failure to make sure that the dimensions are modular. This means that smaller tiles should be equal divisions of the larger ones. "A lot of these subway tiles are not modular and something like a herringbone, especially if installed in 45° orientation, can get messy in a hurry," he says, noting that optically the lines will start to lean as the pattern drifts because of unequal sizing.

Now That's Interesting
A new trend is to make subway tile really "pop" by using starkly contrasting grout color. For example, white tile with black grout. Fasan suggests that people going this route test the grout on the tile first to make sure there's no surface penetration due to the deep pigments 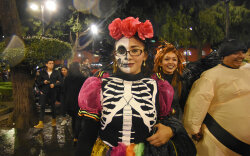 10 Lively Facts About the Day of the Dead 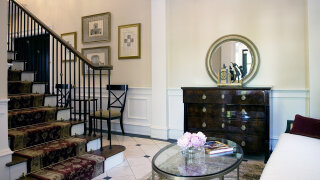 Why Wainscoting Has Stood the Test of Time 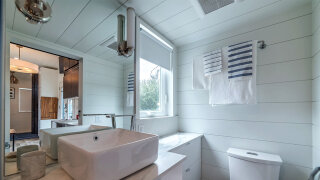 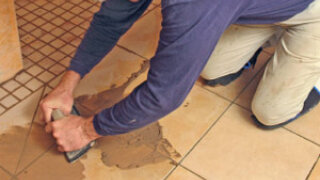