Are there hazardous chemicals in my carpet? 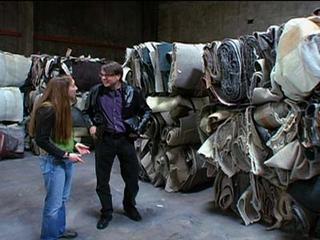 In the late 1980s, workers at the headquarters of the Environmental Protection Agency (EPA) complained that the offices' news carpets were causing them respiratory problems and flu-like symptoms. It seemed the culprits were the chemicals applied to the carpets to protect them from stains, fire and microbial chemicals.

One of the chemicals that caused the illness in the EPA headquarters, 4-phenylcyclohexene, is the one responsible for the "new carpet smell" that some people enjoy when they move into a new house. Experts claim that in addition to causing flulike symptoms, carpets treated with 4-phenylcyclohexene and other chemical compounds emit carcinogens such as formaldehyde, xylene, benzene and toluene.

As a result of the complaints at the EPA, the Carpet and Rug institute (CRI) started a campaign to keep consumers informed and to reduce the levels of chemicals in carpets. They created a standards rating, and carpets that meet the proper criteria now receive a "Green Label." Even so, the controversy surrounding this issue continues. Some critics don't think that the Green Label rating system is strict enough, and one family claims they were disabled because of the chemicals that were emitted by a carpet certified with as Green Label compliant [source: Williams].

Despite this, the United States Consumer Product Safety Commission feels it does not have enough evidence to prove that chemical emissions from carpets cause health problems [source: CPSC]. In fact, the EPA never determined with certainty that the original outbreak of symptoms in their offices was actually caused by carpet chemicals [source: EPA]. Because they'd rather be safe than sorry, though, the EPA recommends you take the following precautions when you buy a new carpet: 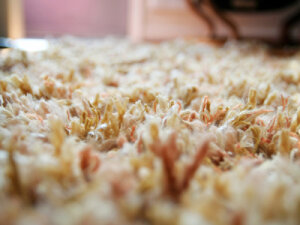 How is carpet made? 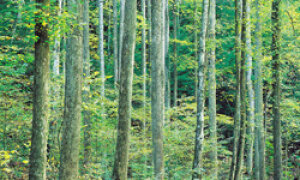