Clutter Takes a Huge Toll on Our Lives

by Jesslyn Shields Jan 17, 2019
Most people live with some amount of clutter in their lives, but according to most experts, clearing it out is exponentially beneficial. Flickr (CC By-SA 2.0)

Marie Kondo, the internationally famous personal organizer, author and host of the Netflix reality series "Tidying Up With Marie Kondo" has ticked off all the bookworms on Twitter. In her book "The Life-Changing Magic of Tidying Up," she suggests that she tries to keep her personal book collection down to about 30 volumes. The entire internet recently took issue with this and shouted into The Void that Marie Kondo could rip the contents of their overstuffed bookshelves from their rigor mortis-stiffened fingers.

From this, we are to understand that many people feel a passionate attachment to, not only their books, but their belongings in general. But is living up to our necks in stuff good for us?

"Remember the Zen proverb: The way a man does one thing is how he does everything," says Regina Leeds who has been a personal organizer for over 30 years and has authored 10 books on organizing and decluttering, including "One Year to an Organized Life: From Your Closets to Your Finances, the Week-by-Week Guide to Getting Completely Organized for Good". "Chaos in physical space means chaos in one's mind."

And, sure, somebody who makes their living helping people organize their lives would certainly tell you it's unhealthy to live in a mouldering canyon of your own possessions, but the research also suggests living in a disorderly or cluttered space definitely affects our mental health.

Of course, hoarding, the compulsive acquisition of new things and inability to get rid of any of them, points to a more severe mental health disorder, but research shows living in a house where things casually pile up to the point where you're navigating bedside tables teetering with towers of paperbacks and kitchen tables covered with two weeks worth of junk mail can wreak its own kind of havoc on your life.

The reason living in a messy environment can cause emotional distress has a lot to do with our visual field and what we can mentally and physically keep up with. A nice, neat living space feels good, partly because there's less to look at -- there's less for the brain to do in an uncluttered space. This helps us focus on the task at hand: One 2011 study published in the Journal of Neuroscience found that study participants were more productive and less irritable if their workspace was clear of visible clutter. This is because an overwhelmed brain makes the stress hormone cortisol, which is great for helping you run away from a swarm of angry bees, but it's not helpful when you're hanging out all day at work, steeping in low levels of cortisol. Living on a constant cortisol drip can lead to anxiety, depression and other mental health problems like post-traumatic stress disorder.

Research shows that women's cortisol levels are affected by a messy living situation more than men's. Two studies published in 2010 in the Journal of Personality and Social Psychology and conducted by a team of researchers at the University of Southern California found that, among 30 two-income couples with school-aged children living in the Los Angeles area, the woman in the relationship was more likely to take the psychological hit from a messy house. In the first study, wives were the ones who experienced elevated cortisol levels throughout the day as a result of a cluttered living space, and because they were more likely to be responsible for household chores, their stress hormones remained high after they got home.

One study published in the June, 2018 issue of Current Psychology finds that people who live in cluttered spaces are more likely to procrastinate than those who don't. Procrastination itself isn't necessarily harmful, but it can lead to bad outcomes like poor performance at school or work, high anxiety or depression, and the loss of belief in your own ability to get anything done. For this study, the research team asked groups of people of different ages (college students, adults in their 20s and 30s, and older adults with a mean age in the mid-50s) how cluttered their spaces were and how much they found themselves procrastinating in their daily lives with everyday tasks like paying bills or doing laundry. The study found a strong link between clutter and procrastination in participants of all ages, but the vexation associated with it was more pronounced in the older groups.

How to Get Organized

In many affluent countries, the clutter problem comes from simply having too much stuff, and many professional organizers counsel that getting rid of unnecessary belongings and keeping them out of the house is key. There are about as many methods to decluttering your living or working space as there are spaces to declutter, but Leeds suggests we take it easy on ourselves and realize organization is a learned skill we can practice.

"A person who grew up in a household without an organized parent may feel shame that his or her environment as an adult is in chaos, rather than simply realizing that organizing is a skill and they can learn how," she says. "Organizing is a life skill that has everyday application. We learn it initially and practice in our physical environments, but it has no limits."

How Should You Clean Your Home After a Cold or Flu? 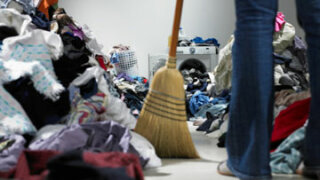 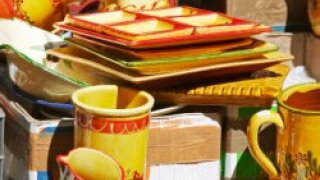 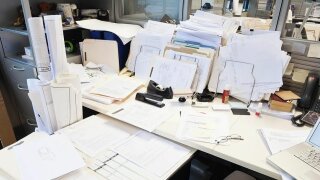 Decoding Your Desk: What Does It Say About You?