Why bother with green cleaners? 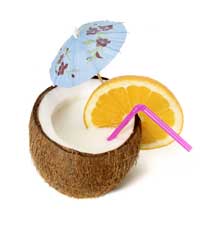 Going the extra eco-mile to spruce up your household cleaners may seem unnecessary. The standard ones have worked for years, so what harm could they possibly pose? Many of the toxic chemicals that scrub the dirt from our lives can also seep into our water supplies and get into our bodies. For instance, a 2004 study by the Environmental Working Group found traces of more than 200 industrial chemical compounds in the cord blood of newborns [source: Environmental Working Group].

When it comes to working with household cleaners, studies have found the greatest potential danger exists for professional house cleaners or janitors [source: UC Berkeley]. That said, tidying up a ventilated bathroom with a normal amount of cleanser won't send you to the hospital, but there are probably a few substances contained in them that you might not want around.

Research has found that the following group in particular can have negative effects on both the health of people and our environment. You won't find many of these in certified ecofriendly cleaning products:

Instead of these more toxic compounds, green products integrate more plant derivatives into their solutions. You'll also find more natural scents, if any, such as citrus or lavender.

But how can you know if the bottle of "all natural" cleaner actually measures up to these higher standards? We'll navigate the green clean maze on the next page.