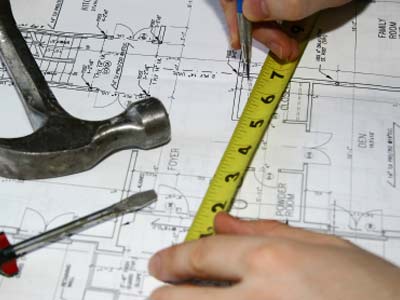 If you’re even considering selling your home in the near future, you need to be careful about what improvements you decide to make before putting your house on the market. See more home construction pictures.
­iStockphoto.com/Vasko Miokovic

­You say you own a house? Let's take a look at some of the facts that surround your world as a home owner. Fact No. 1: It's a tough real estate market out there. Fact No. 2: You probably could stand to remodel some of the features in your home. But if you're under the assumption that any renovations will instantly boost the value of your home, you might want to think again.

Truth is, not all renovations are created equal. It's generally a safe bet to update your kitchen, for example, but if you go too over-the-top you might not recoup your money. If you redo one bathroom and the other one hasn't been touched since 1975, it will just make potential buyers notice how grungy the old bathroom looks. And there are quite a few renovations that could actually decrease the value of your home. If you're even considering selling your home in the near future, you need to be careful about what improvements you decide to make before putting your house on the market.

­When looking to remodel, you should factor in the climate and home styles of your region. Something that looks good in Florida -- like stucco siding or a Spanish tile roof -- might seem really odd in North Dakota. If you live in the suburbs, you should keep a suburban aesthetic to all of your remodeling ventures.

You should also take a look at what your neighbors are doing to their own homes. If your neighborhood is full of traditional Colonials, you might want to rethink that modern steel-and-glass addition. Most potential buyers don't like it when the house they're looking at sticks out in the neighborhood.

Click to the next page to learn about what specific home improvements could actually decrease the value of your home.

Before we get to the specifics, there are some general things to keep in mind when you're considering a home remodeling task. Maybe most important is to make sure to rein in your personal tastes. It might be hard for potential buyers to imagine themselves in your leopard-print bedroom, and many people will balk at having to strip wallpaper or repaint every single room. Keep things as neutral as possible so your home will appeal to as many people as possible.

Make sure to keep all your improvements within the same style and flavor as the house as a whole. It's not good to have one perfect room while all other rooms in the house have obviously been ignored. There should be a nice balance so that potential buyers don't feel overwhelmed in one room and underwhelmed in the rest.

And there are a few projects you probably shouldn't undertake unless you're planning to stay in your house forever. First of all, don't install a pool if you don't have the climate for it. Buyers in Maine will see a pool as a liability rather than a luxury. Jacuzzis are another bad idea -- you have to remember that they don't suit everyone's taste, and many people just won't want to deal with the upkeep.

If you're thinking about converting your garage into a home office or playroom, think again. Most buyers like the idea of having a place to store their cars and -- let's face it -- their junk. And as we mentioned earlier, don't look to create an addition if it doesn't fit with the general style and feel of the original parts of the home.

With all this new knowledge you have about home improvements, you'll never be tricked into making renovations that will decrease the value of your home. There are certain improvements you should never consider, because they'll only cause heartache in the end if you try to sell your house. Happy renovating!

Instead of making home improvements that are uneconomical and actually harmful to the value of your home, consider doing something that will decrease your bills and those of any future buyer. A good example of this is window replacement. New windows can cut down on drafts, which means lower heating and cooling bills. ­

How to Spring Clean
How do roaches get into homes?
How Swimming Pools Work