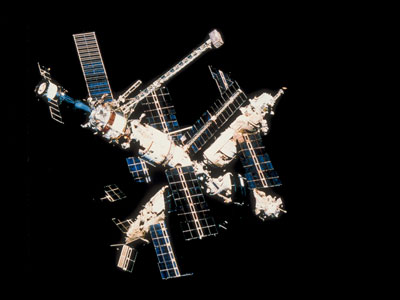 There's an abundance of anecdotal evidence supporting the idea that aeroponic growing may be superior to growing in natural conditions. Online message boards among aeroponic devotees will tell you the same.

Academic research has also yielded a torrent of evidence to support this claim. A 1991-92 study conducted in Sardinia, Italy, found that certain hybrid tomato varieties produced abundant "fruit of excellent commercial quality" in a very short time, enough to make the process researchers used viable for commercial use [source: Leoni, et al]. What did they do? The Sardinian researchers used a high-density aeroponic system (HDAS), with plants grown close together. Since the plants' roots aren't competing for nutrients in the same soil, they can be grown in dense plantings aeroponically. Even better, the aeroponic tomatoes were ready to produce fruit four times in one year, rather than the one or two times observed in field conditions.

­In 2001, a University of Arizona study looked at the effects of aeroponics on plants prized for the medicinal properties of their roots. The researchers studied two plant varieties, echinacea and burdock, and found some startling results. While the echinacea crop suffered fungal and insect outbreaks, the yields were still comparable to those seen in natural field settings. The burdock greatly outperformed its outdoor counterparts: The root harvests from the burdock plants tested in the University of Arizona study yielded almost 1000 (yes, thousand) percent more than field-grown burdock crops do on average. Even better, the researchers pointed out that the absence of soil made the aeroponic crops easier to harvest.

NASA has come up with similar results: In 1997, the space agency sent a variety of aeroponically grown Asian bean seedlings to the Mir space station while simultaneously observing an aeroponically grown control group on Earth that used an identical growing system. The only variable separating the Mir and Earth crops was gravity. The space beans were grown at zero gravity, while the Earth crop was grown at normal atmospheric conditions. The Mir crops actually grew better than the beans grown on Earth.

The success of the test was of great value to NASA. It proved that food crops could not only grow, but thrive in zero gravity. It also showed that this aeroponics system would come in handy on long space flights and missions. It could also prove useful during for possible colonization of other planets.

So, good, humanity's saved. We have the agricultural technology available to sustain us. However, plenty of people are using aeroponics right now. Growers who use the technology aren't just on the cutting edge; their combined efforts may end up saving humanity from packing up to find another home.