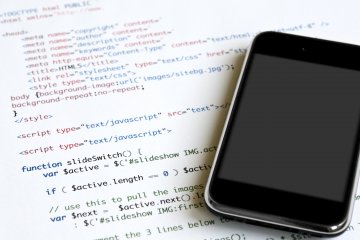 Sometimes you just need to print your HTML on the go.
iStockphoto.com/ThinkStock

Many of the gadgets that people carry around are really variations on the same idea: They make activities that used to require staying in one place more portable. Cell phones let people take calls everywhere. MP3 players can store an entire CD collection in a handy device about the size of a deck of cards. With PDAs, smart phones and laptops, people have constant access to e-mail, calendars and organizers.

People can also use laptops and handheld devices to create documents on the go. But until recently, printing those documents could be tricky. Handheld devices, with their scaled-down operating systems, don't always have built-in printing capabilities. Laptops can print, but only if the user can find a printer, connect to it and install the right driver. The other alternative -- saving a document to disk and visiting a copy shop -- isn't always convenient. It also isn't possible for devices that don't have disc or CD-R drives.

Fortunately, there are several options for printing on the go. They include everything from portable printers to services that let people e-mail documents to fax machines. In this article, we'll take a look at the methods for mobile printing, including what to keep in mind when choosing software or services. 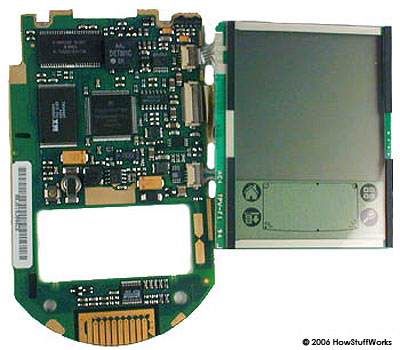 Mobile printing software performs several tasks at once. It processes and formats documents, and it also contains device drivers to control specific printers. Here are some examples:

In addition, documents printed from handheld devices don't always look like they do when printed from desktop or laptop computers. This is because handhelds don't have enough processing power to handle print output very well. The printing software often has to simplify or modify the document for printing. Also, since handhelds have less memory than laptops it can take longer for them to process print jobs.

Some mobile printing programs work a little differently. PrintAnywhere, which works with BlackBerry and Treo devices, sends documents to fax machines rather than printers. The process works just like faxing over e-mail. The user selects an e-mail message that has a document attached and then enters a fax number. The PrintAnywhere service translates the document into a format a fax machine can read. It sends the document to the fax number the user entered. Unlike software packages that have a fixed price, using PrintAnywhere involves a monthly fee as well as a fee for each printed page. 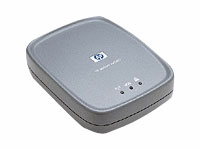 Getting a handheld device to communicate with a printer can be pretty simple. Some printers have built-in Bluetooth or 802.11 receivers. For printers without them, USB adapters can add wireless capabilities. A wireless print server, like the Axis Communications 580 Print Plug or the HP Jetdirect ew2400 Wireless Print Server, can also make a printer wireless. Some print servers can process documents and prepare them for printing so that the handheld device doesn't have to. Others mainly act as a switchboard, letting signals from wireless devices through to the printer one at a time.

Adding wireless capabilities to a printer can be easy, but getting a handheld device to communicate with it can be more difficult. Newer devices can automatically discover a wireless printer, just like they would a WiFi connection or a nearby Bluetooth device. Most mobile printing programs let users maintain a list of printers they use frequently. That way, people don't have to sift through a long list of available printers.

But even if a PDA detects a nearby printer, it can't use it if it doesn't have the right drivers installed. Many printer manufacturers provide scaled-down drivers that let handheld devices print to most of their printers. This usually works pretty well, but because of the generic nature of the driver, the device can't always use each printer's specific features.

For people who travel extensively, portable printers can be a better option than looking for available printers. These are compact, lightweight and can be both battery operated and wireless. Some portable printers, often used for labels and bar codes, will even fit in a pocket or on a belt.

If you're considering buying a portable printer, be sure to compare the printer's abilities with what you'll need to print. If you mostly print photographs, consider getting a portable photo printer, which reads directly from a camera or a memory card. Make sure that the printer is compatible with the device and software you want to use.

To learn more about printers, PDAs, smart phones, WiFi and other topics, see the links on the next page.

What are the dangers of mercury exposure?
Power Drill
What are atmospheric water generators?