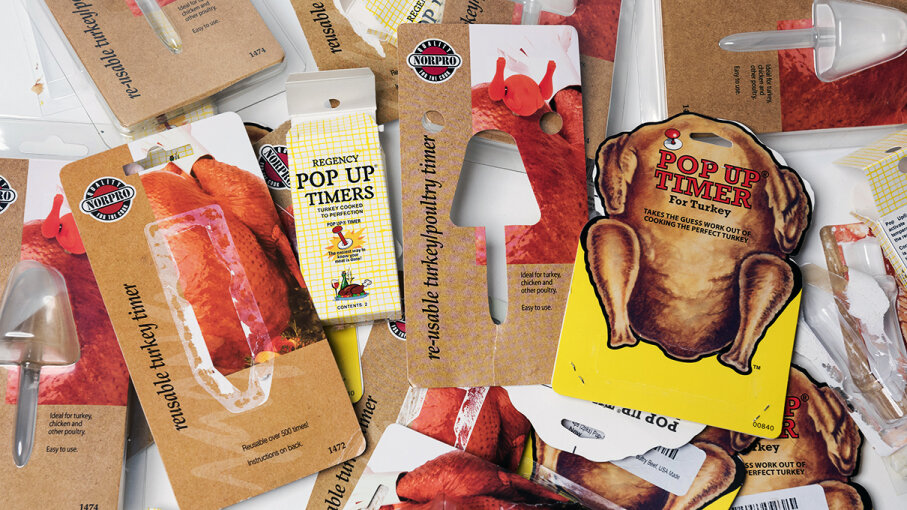 If your turkey doesn't come with a pop-up timer already, you can purchase one and insert it before you roast it. Joshua Yospyn/For The Washington Post via Getty Images

If there's one thing ubiquitous with the American holiday of Thanksgiving, it's eating turkey. Millions of people throughout the United States sit down to a big meal that typically includes turkey as one of the main courses. Dining on a big roasted or fried bird has been a staple for centuries because turkey is one of the foods believed to have been shared between the pilgrims and Native Americans when they celebrated the first Thanksgiving in 1621.

For many people, roasting a turkey is a little bit easier thanks to a simple little gadget known as the pop-up timer. This smart piece of technology lets you know when your turkey is done so you don't have to stress over it. All you have to do is wait until the red indicator stick pops up and you know the bird is done and it's time to eat.

But have you ever wondered how that timer knows exactly when your turkey is completely cooked? Read on to find out. 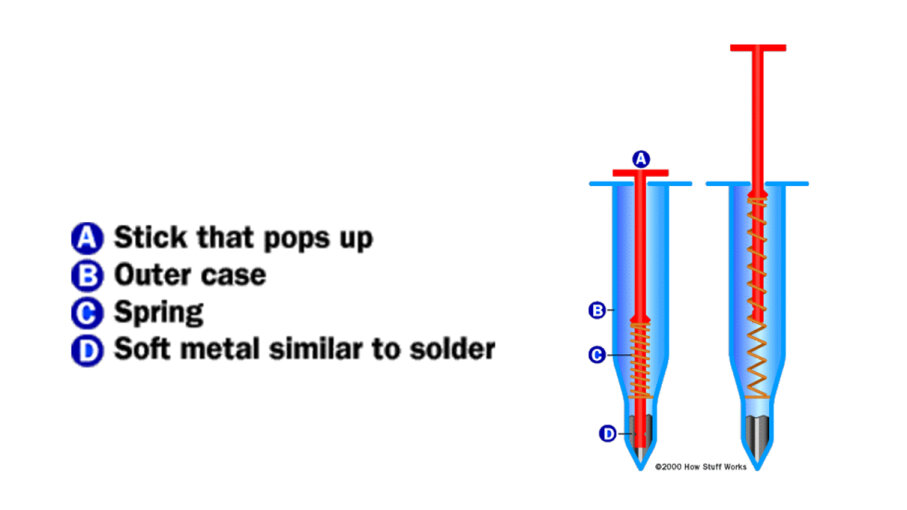 On the left is a pop-up timer before cooking, and on the right is the same timer after it has popped up. HowStuffWorks

If your turkey has a pre-inserted pop-up timer — most turkeys you buy from the grocery store do — you don't have to worry about using a separate meat thermometer. When the turkey's timer pops up, it's signaling to you the bird is done. Here's how it works:

A pop-up timer found in a turkey or chicken normally has four parts (see image above):

The soft metal (D in the image) is solid at room temperature but turns to a liquid (melts) at about 165 degrees Fahrenheit (73 degrees Celsius). When the metal melts, it releases the red stick (A) and the spring (C) pops up the stick so you know the turkey is done.

Turkey is done when it reaches 165 degrees Fahrenheit (73 degrees Celsius). If your turkey didn't include a pop-up timer, you can use a meat thermometer to check the internal temperature for doneness. Simply insert the thermometer into the innermost part of the turkey's thigh and wing, and the thickest part of the breast, being sure not to hit bone. If it registers 165 degrees Fahrenheit, it's done.

One little-known fact is that these timers are reusable. If you dip the tip in hot water it will re-melt the metal and you can push the pop-up piece back into place. Then let it cool, and the pop-up piece will be back in its original position — ready to use again.