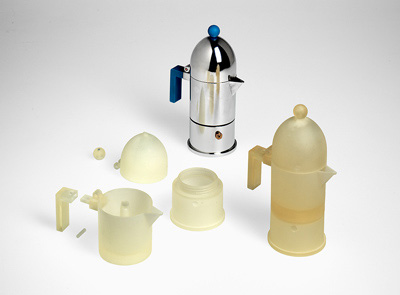 Prototypes are models of new products that can be useful for visualizing what the final product will be like. See more pictures of kitchen appliances.
Photo Courtesy of 3-D Systems

New products pop up on store shelves every day, but did you ever wonder what went into getting the latest and greatest slotted into place? Chances are there was a lengthy product evolution before you rested your gaze on it. Some of the major checkpoints a product must pass through on its way to hitting the market are the design phase, the prototyping phase and the production phase.

After someone has a hot idea for a new product, the next thing he or she needs to do is determine all the details. The more comprehensive this design stage is, the better. Some good questions to ask include:

If the answers to these questions give you the green light, you're probably ready to begin thinking about building a prototype. Different types of prototypes can be helpful at different stages of the product development process. For example, when you first get going, a drawing could suffice for your design needs. After a while though, you may be ready for a simple prototype to use as a visual aid. But it doesn't need to be full-sized or able to stand up to rigorous operations and testing. You might also want more detailed physical prototypes of specific portions of your product -- maybe a complicated mechanical gear system, for example. You probably wouldn't need to prototype an entire bicycle just to take a closer look at how smoothly a new chain drive system operates.

For a time, you might have to bounce back and forth between tweaking design plans and rough prototyping if you realize your product still has some issues. As the process moves along, however, you may want a prototype that's a more exact imitation of what your final product will be. This is when those final design questions can be settled and everything tested, fine-tuned and perfected.

Now that we've had a look at what basic early design and prototyping can encompass, let's take our product a step further and check out how the pros get their hands on some pretty hardcore prototypes. 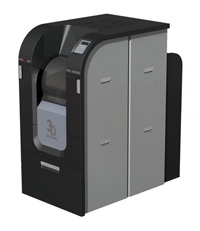 Once you have a prototype designed, wouldn't it be great if you could print it out as easily as the driving directions for your next vacation. With 3-D printers, that's totally a possibility. Plug in the CAD data and you're good to go.
Photo Courtesy of 3-D Systems

After you've got the basic questions answered and you've worked out all the obvious kinks, serious prototyping can begin in earnest. Designing prototypes that are more advanced usually involves using 3-D CAD (computer-aided design) software to create a 3-D map of the product. If you're looking to bring a product into actual production, using CAD software is probably the way you want to go so you can carefully verify the functionality of your design. It's also a useful way for transferring product specs clearly and concisely to whomever is conducting the actual manufacturing.

With CAD software you can do lots of different things. Designs can be made in both 2-D and 3-D, and while viewing and tweaking your design specifications you can easily switch between the two views. Does your product have lots of parts? Each part can be designed individually and added to the overall product assembly one at a time. Every time you make an adjustment to any particular part of your product, not only will it alter the other dimension's specs accordingly, it'll also automatically integrate that change into the overall prototype design. Realistic images can be detailed with captions, close-ups and side views. You can try the look of different materials like chrome, steel or wood in matte finish, gloss finish, textured or brushed -- the sky's the limit. Many other actions that are commonly performed while designing a product are also automated in the software's extensive features. Useful too, CAD software commonly allows designers to see all the parts in motion, simulating how they will operate -- or fail to operate -- when built and assembled.

Once a set of 3-D CAD plans are complete, the next step in the prototyping process frequently involves making use of some special technology that's becoming increasingly popular among innovators, both for its speed and its accuracy. On the next page, we'll take a closer look at these machines and see how they could affect a product's pass through the prototyping process. 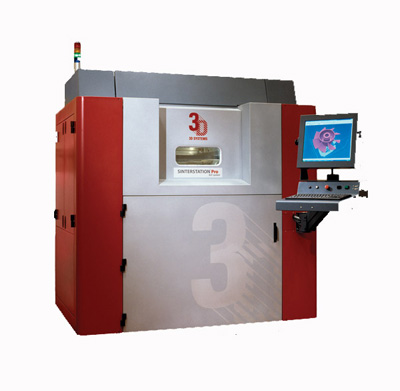 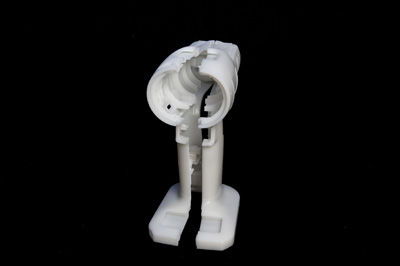