The Advantages of Using Rainwater 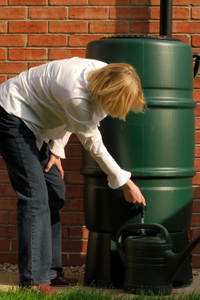 Rainwater is perfect for watering your plants, flowers and grass. You can also use it to wash your car.
Photo courtesy of David Cannings-Bushell/istockphoto.com

­Rainwater is relatively pure stuff. The process of evaporation leaves chemicals behind, and what you see falling from the clouds starts out pretty clean. It picks up particulates, pollution, pollen and dust as it makes its way to the ground, but even those contaminants become less of an issue if it's been raining for a while and the air is cleaned with a good water scrubbing.

Evaporation is nature's distillation process, and the fresh water you're drinking out of the faucet was a raindrop at some time -- maybe a number of times -- in its long history on the planet. It's true that tap water has been treated with chlorine and other chemicals to make it safe to drink, but for nondrinking uses, rainwater is a good, wholesom­e choice.

Besides being natural, rainwater is usually soft, which makes it a good option for watering your flowers and plants. Actually, the absence of those very chemicals that make tap water safe for drinking makes rainwater a better choice for your outdoor watering needs.

Supplementing your water needs with rainwater will reduce your utility bills, at least during the summer months. It will also reduce the drain on groundwater resources. As communities grow, the demand for water can outstrip the supply. Municipal water districts often rely on groundwater or aquifers that can become overtaxed. Supplementing our collective water needs with a little rainwater can help postpone the costly expansion of water treatment facilities groaning under the weight of population growth, an aging infrastructure and urban sprawl.

In some areas, using rainwater may mean the difference between keeping your lawn and plants alive or watching them die of thirst. In times of drought, when there are restrictions on water use, rainwater may be the only available source of water for landscaping and washing the family car. It may come down to a choice between rainwater and no water at all.

Reducing the demand for water helps protect the local ecology, too. Water that isn't being diverted into municipal water systems stays in the lakes and river­s to sustain fish, birds and other wildlife. Besides relaxing some of the demand on existing water resources, harvesting rainwater reduces the amount of polluted rainwater runoff. Dirty rainwater is often released from storm drains directly into lakes and streams, causing big problems for plants and animals. Imagine the chemical stew you see on the roadways, like oil and antifreeze, washing directly into your favorite brook or creek.

In the next section, we'll take a closer look at how much water you can expect to harvest from your down spouts.

PH measures the acidity of water on a scale of one to 14. A pH lower than 7.0, or neutral, is acidic, while a pH higher than 7.0 is alkaline. Evaluating the pH of water is important because dissolved chemicals and pollutants can change water's chemical makeup, making it harmful to people, animals and plants [source: Swanson]. 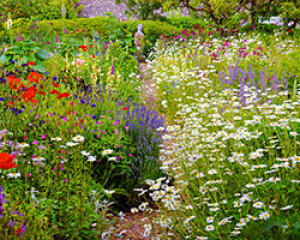