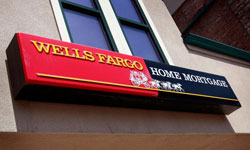 The foreclosure process becomes even more complex due to lenders' practices of bundling and selling loans as mortgage-backed securities. A lender who writes a mortgage on your home may turn around and sell it, along with the right to foreclose, to another bank, which may then repeat the securitization process again. As lenders sell the mortgages they've written to other financial institutions, it can become difficult to determine who owns what when a buyer stops paying.

That's exactly what happened in a 2005 case involving U.S. Bank, Wells Fargo Bank and a homeowner named Antonio Ibanez. The lenders -- who bought the Ibanez's mortgage as part of their mortgage-backed securities trades -- couldn't prove to the bank that they had the contractual right to seize the home. Proof of claim simply got lost in the mad shuffle of securities during the housing boom [source: Dayen].

The twists, turns and requirements of the foreclosure process are designed, in part, to protect homeowners from the risk of a large, legally powerful institution taking their homes without recourse. While the banks involved in the Ibanez case didn't intentionally commit fraud to push the foreclosure through, the gaps they failed to close in the process raise alarming questions. Thousands upon thousands of mortgages were packaged and sold as mortgage-backed securities during the real estate boom. If only a fraction were transferred in the incomplete manner of the Ibanez case, financial institutions could face major problems collecting on foreclosed properties in the future.