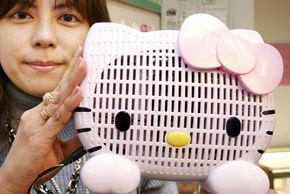 Americans spend an estimated $250 million annually on air purifiers for their homes, with asthma and allergy sufferers responsible for most of the sales [source]. But scientific studies and testing reveal that many purifiers aren't effective at all, and some may be causing harm.

The notion of purifying air has merit, however. The air inside the typical home is generally dirtier than the air outside, because a house can be a source of air contaminants. Moisture can lead to the development of mold and mold spores. Forced-air heating and cooling systems circulate dust particles and bacteria throughout the house. Pets shed fur and give off dander, while smokers pump toxins into the air. Pollen and other outdoor allergens can blow in through open doors and windows (or through a window or door screen) and become caught in carpet or upholstery.

The end result is that the average house tends to concentrate contaminants in greater quantities than the outdoors. This concentration isn't usually too harmful for a healthy person, but children and people with allergies and respiratory difficulties can experience ill effects. Reducing the level of contaminants can help alleviate some of these problems and using an air purifier is one way to do it.

In the next section, we'll look at the five basic types of air purifiers available on the market today. 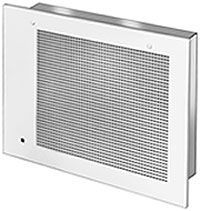 Some air purifiers clean the air by passing it through a filter that removes particles. These are sometimes called air cleaners. In households, these filters are usually part of the heating or cooling system. A filter housing is installed between the air return duct and the furnace. The filter cartridge slides into this housing, so all air flowing into the furnace is filtered. Not only does this remove contaminants from the air, it prevents damage to the furnace due to dust and dirt build-up. Filters can also be placed into the air return vents in each room of a house. Typical materials include foam, cotton, fiberglass or synthetic fibers. In part, the density of the filter material limits the size of the particles that pass through -- very dense filters have smaller gaps, allowing it to catch very small particles. Pleated filters work best because of the increased surface area for catching particles. However, filters are capable of catching particles even smaller than the smallest gaps in the filter material. Air filters can be expensive, and you have to replace them to keep them functioning properly (some filters are washable). They also restrict air flow through the system, causing a drop in overall efficiency.

HEPA (High Efficiency Particulate Air) filters meet a Department of Energy standard for removing particles from the air. The filter can consist of any material as long as it meets this standard -- penetration of less than 0.03 percent of particles 0.3 micrometers in size or larger [source]. The filter must also allow a specific amount of air to flow through, which varies by the size of the filter. The ULPA (Ultra-Low Penetration Air) standard is even stricter. In addition to their familiar household uses cleaning air of allergens and dust particles, advanced HEPA filters are used by the nuclear power industry.

These air purifiers use a method called corona discharge to create charged molecules called ions. Most atoms in the air have a neutral charge -- they have the same number of negatively-charged electrons as positively-charged protons. The corona discharge is a small but intense electrical field. Molecules passing through it will pick up an additional electron, giving the molecule a negative charge, or it may have an electron knocked off of it, giving it a positive charge. Larger particles in the air, such as dust or other contaminants, are more likely to be ionized because they make larger targets for the electrons as they pass through the corona discharge.

Once a particle is charged, it will be attracted to anything with the opposite charge. Two metal plates within the purifier are charged (one negative, one positive) to attract these particles. Also, particles in the air will be drawn to each other if they have opposite charges. As the particles clump together, they get heavier and eventually they settle out of the air.

An ozone generator works much like an ionizing purifier, but it is designed to alter molecules of oxygen and turn them into ozone, a molecule made up of three oxygen atoms. Oxygen in the atmosphere exists as dioxygen, a molecule made up of two oxygen atoms. When these molecules are exposed to a corona discharge or UV light, some of the dioxygen molecules split into separate oxygen atoms (free oxygen). While most of this oxygen recombines into dioxygen, some of the atoms form ozone.

Manufacturers of these devices claim that the ozone deodorizes and disinfects the air. Many also claim other health benefits from the presence of ozone. However, there is strong evidence that ozone does not accomplish air purification. Ozone is also known to be a toxic gas. It is not a very stable molecule -- it reacts readily with other chemicals that may be in the air, forming new compounds that can be more dangerous than the ozone itself. Ozone also oxidizes metals and causes corrosion. The same process that creates ozone also creates nitrogen oxides, leading to further reactions with compounds present in the air and with ozone itself.

Many purifiers incorporate an adsorbent material to take care of odors, fumes and chemicals in the air. Adsorption (not absorption) is the process of one substance being trapped on the surface of another substance. The most common adsorbent is activated charcoal, which is extremely porous and has many microscopic "nooks and crannies" to trap passing molecules. Larger particles are simply stuck in the many pores in the charcoal. Electrostatic attraction draws some substances into the pores. Certain substances react chemically with the charcoal and bond to it. The high surface area of the charcoal gives it lots of bonding places. The process used to make the charcoal can affect which compounds it is better at adsorbing.

Ultraviolet radiation renders certain micro-organisms sterile (and harmless). Some air purifiers feature a UV light that bathes the air as it passes through, eliminating the potential harm of airborne bacteria and viruses.

Industries often use air purifiers that are far more powerful (and expensive) than consumer models. A company may use them because the manufacturing process requires a contaminant-free environment, or it might pull contaminants out of the air before the factory expels them so it can meet environmental standards. Some companies use a massive air circulation and filtration system that completely changes over the air in the room 10 times per minute. Other companies use scrubbers, high-density filters, mist collectors and extraction units to decontaminate the air leaving their facilities. These devices can cost tens of thousands of dollars (a cleanroom facility like Intel's probably costs millions), so they aren't suitable for home use. 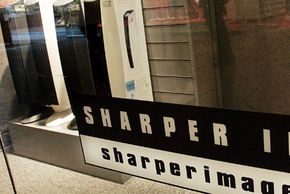 Ionizing and ozone air purifiers have come under fire from consumer groups, consumer review magazines and even the Environmental Protection Agency (EPA). Two claims are at the heart of the controversy: that these types of air purifiers are not effective at removing contaminants from the air and that ozone generators could harm people.

The EPA has also released information warning the public about air purifiers that generate ozone. Because the manufacturers are not making specific medical claims about these devices, they do not need Food and Drug Administration (FDA) approval. In fact, there really is no government oversight over consumer air purifiers other than the HEPA standard, so any manufacturer claiming that such a device is "government approved" or "government certified" is misleading consumers. However, concerns about the generation of ozone in people's homes have led the EPA to conduct studies on the subject.

All ionizing purifiers generate some ozone, but ozone generators are specifically designed to release the gas, and in much larger quantities than ionizing purifiers. The EPA states, "Relatively low amounts [of ozone] can cause chest pain, coughing, shortness of breath, and, throat irritation. Ozone may also worsen chronic respiratory diseases such as asthma and compromise the ability of the body to fight respiratory infections" [source]. Their studies indicated that even when used according to manufacturer instructions, many ozone-generating purifiers created ozone concentrations in a house in excess of public health limits. They also found that ozone as used in a household air purifier "has little potential to remove indoor air contaminants." They also noted that ozone has a tendency to react with chemicals and form by-products that are potentially even more dangerous.

The EPA's final recommendation on the matter: "The public is advised to use proven methods of controlling indoor air pollution." Ozone generators are not among the proven methods listed on its site.

If ozone generators and ionizing purifiers have questionable efficacy at cleaning air, what can be done to remove contaminants from our homes? There are three basic steps, in order of usefulness:

The next logical question, of course, is "how do you know which air cleaners are effective?" Fortunately, there is an industry standard that makes it easy to compare air cleaners. The Association of Home Appliance Manufacturers (AHAM) assigns a Clean Air Delivery Rate (CADR) to air cleaners. AHAM runs a standard test to see how well an air cleaner removes certain contaminants from a volume of air. An air cleaner bearing the AHAM seal will have three CADR numbers listed: one for tobacco smoke, one for pollen and one for dust. A higher number indicates a greater ability to clean air, with maximums of 450 for pollen and smoke and 400 for dust [ref]. AHAM recommends using an air cleaner with a CADR number at least two-thirds the area of the room

From the CADR Web site: "For example, a 10-foot by 12-foot room -- 120 square feet -- would require an air cleaner with a tobacco smoke CADR of at least 80. If your room size is smaller, the unit will simply clean the air more often or faster. If you have ceilings higher than 8 feet, you'll want an air cleaner rated for a larger room."

For lots more information on air cleaners and related topics, check out the links on the next page. 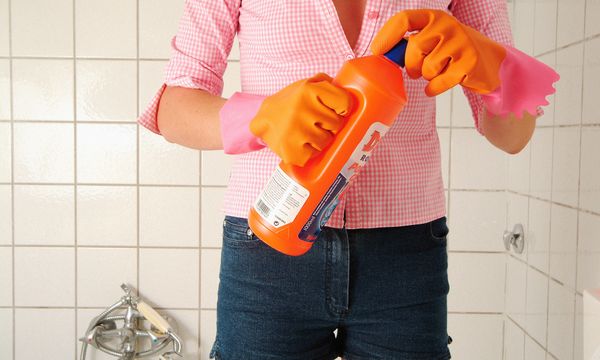 Up Next
10 Everyday Dangerous Things in Your Home
Explore More 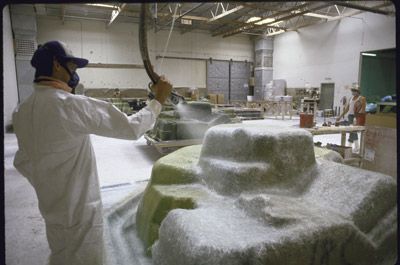 Keep Reading
How can ozone be both good and bad?
Explore More