Is America Finally Ready for the Bidet?

by John Donovan Aug 14, 2017
Could the bidet finally make in-roads into U.S. bathrooms? If recent sales are any indication, that answer seems to be yes. Chokkicx/Getty Images

You can make the case for bidets in a few different ways.

First, there's the ecological argument: As in, if Americans use bidets instead of all that toilet paper, they could save 15 million trees a year, according to some estimates.

There's the economic angle, too: With all those trees saved, and all the manufacturing it takes to make toilet paper, plus all those healthier bottoms, Americans and the American economy would have to be better off.

But then there's the way most people in America still approach the topic. As in:

"Bidet," Merriam-Webster reports, is the French word for a small horse. To use a bidet (way before bidet seats), you had to straddle it, like a horse, not sit on it.
Apic /Getty Images

"The biggest challenge we have is, how do we tell this story in a way that is not intrusive or inappropriate," says Bill Strang, "but also that's not sophomoric."

Strang is the president of operations and e-commerce at TOTO USA, the U.S. arm of the world's largest manufacturer of bathroom fixtures and fittings. TOTO, based in Japan, brings in more than $5 billion a year selling sinks, bathtubs, faucets, toilets and — increasingly in the U.S. and all over the world — bidets and bidet seats.

Bidets you probably know of, or at least have heard of. They've long been a fixture in Japan, in parts of Europe and many other places around the world. The bidet looks a tiny bit like a squatty toilet, without a seat, and it delivers a stream of water that washes your posterior after you've gone to the bathroom.

Bidet seats are, in effect, the working end of a bidet housed in a toilet seat. A small part of the bidet seat, hooked up to the bathroom's water supply, lets loose with a gentle stream of water and cleans you in ways that, according to many, a mere pass with a few squares of toilet paper can't. Some seats feature a motorized arm that rests under the toilet seat until summoned by the push of a button to do its squirty thing. Some include air-dry features. (Absent that last feature, some people may still find themselves using a few squares of TP to dry themselves.) With some, you can even heat the water.

But with price tags like that, even to the most squirm-inclined among us, bidets and bidet seats make a lot of sense, right? A wet wash, to put it in the most basic terms, is better than a dry one, right? You're going to get cleaner, whether it's your face, your hands or your backside, with water than just paper, right?

Think of it another way: When your hands get dirty, is a paper towel enough?

Well then. What's your hang-up?

To many, Strang says, it's that idea of talking about something that is so personal, so private.

"That conversation is often very difficult to start," Strang admits. "Only when someone is in the mood or the marketplace to buy a toilet do we have an opportunity to have this conversation."

But, really, is it that difficult? Americans are bombarded with advertisements for laxatives, antidepressants and erectile dysfunction drugs. Can't they talk about something that everybody has to do, pretty much every day?

All that may be changing. BidetKing has reported a 30 percent increase in sales of bidets and bidet seats. TUSHY, a company that promises its bidet seats will "turn your toilet into a caboose cleaning paradise," has reported a 40 percent rise in sales each quarter. Bathroom fixture giant Kohler reports a "significant increase," while TOTO says sales have increased by 22 percent a year. The company has sold more than 40 million Washlets (TOTO's version of a bidet seat) since their introduction in 1980.

Millennials, aware of environmental concerns, are trying out bidets and bidet seats, and manufacturers see a huge market for aging baby boomers because of the health benefits of going virtually wipe-less.

The newfound interest could lead to a day where bidets or bidet seats are as popular in the U.S. as they are in Japan — a nation, Strang says, that boasts more bidets than microwave ovens. More than 76 percent of Japanese households have bidet seats, he says, citing numbers from the Japan Ministry of Land, Infrastructure, Transport & Tourism.

The bidet's time in America is coming, and it may be on us sooner than many believe.

Once we get over that initial squeamishness, that is.

NOW THAT'S INTERESTING
Bidets are a French invention, dreamed up by furniture makers there in the late 1600s. The English — not a fan of the French back then — summarily rejected it, considering the plumbing somehow immoral or unclean or hedonistic. That thinking has persisted on this side of the Atlantic for years, too, perhaps aided by the view of American soldiers in World War II, who may have encountered the fixture in brothels.

When One American's 'News' Is Another's 'Propaganda' 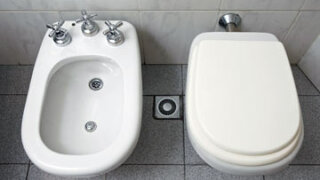 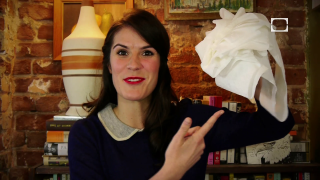 Stuff Mom Never Told You: Why don't Americans use bidets? 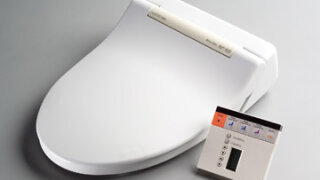 How the Toto Washlet Works