What are the different types of machine screws? 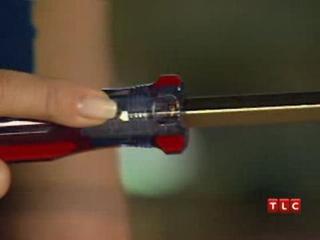 Machine screws are one type of screw; they're used to hold parts together in all types of machines such as electronics, engines and huge industrial manufacturing equipment. Occasionally, they're also called stove bolts. Typically, they're threaded through preexisting, tapped holes -- as opposed to creating the hole as you screw them in. Still, some machine screws have tapping ability to cut and thread a hole as they're inserted. Machine screws come in coarse thread, which means they have 24 threads per inch, and in fine thread, which means they have 32 threads per inch. Machine screws come with different types of heads.

The most common types of machine screw head shapes are pan head, flat head, round head, oval head, truss head and hex head. While round heads are probably used most often, flat heads are particularly useful when the screw needs to be flush with the surface it's screwed into. Oval head machine screws are very similar to flat head screws, but they're a bit rounded on top. Pan heads stick out above the surface, as do truss heads. Truss heads have a lower profile, though, and they have a large surface area. Most of the various head types are available with either slotted or Philips screwdriver compatibility, and some come with a combination head that is compatible with both. On the fillister and cheese head machine screws, the slot is deeper than others so you can apply more power when you drive them in. Meanwhile, tamper-resistant machine screws make it difficult for unauthorized people to get into whatever you've screwed shut.

Machine screws are different from other types of screws, such as sheet metal screws, which are threaded the whole way down and are meant to attach metal to metal. Set screws are designed especially to withstand rattling and vibrations without coming undone, and wood screws are threaded from the bottom, three-quarters of the way toward the head.

How Jackhammers Work
How Blowtorches Work
Inside an Electric Screwdriver