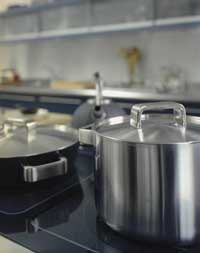 For more ideas about cooking and turning your house into an eco-haven, visit the links below.