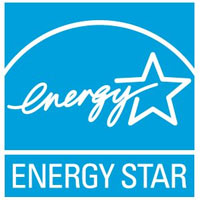 In an effort to promote energy conservation, the Environmental Protection Agency started the Energy Star program in 1992. What began as a way to cut down on the energy drain from computers now covers more than 50 product categories. The program has evolved, of course, but the purpose remains the same: to conserve energy through innovations in technology.

Energy Star was designed as a voluntary program to promote energy-saving innovations by providing consumers with objective information about products -- not everyone has the time or resources to investigate how much energy one ceiling fan or dishwasher saves over another. The Energy Star label indicates that the product uses less energy than other products in that category -- you're probably familiar with it on appliances or heating and cooling equipment, but you can also find the label on roofing materials, commercial products and indoor air quality products. The EPA has also extended the Energy Star label to cover new homes, commercial buildings and industrial structures.

According to the Department of Energy, "Last year alone, Americans, with the help of Energy Star, saved enough energy to power 10 million homes and avoid greenhouse gas emissions from 12 million cars -- all while saving $6 billion."

T­he price of converting to Energy Star products can be high at the outset. To make a refrigerator more energy-efficient, for instance, manufacturers must spend money to research and develop energy innovations. While Energy Star encourages manufacturers to find cheaper ways to produce these products, the cost of innovation is often passed along to the buyer. But you can recoup the cost over time with lower utility bills, and the federal government and some local governments also offer rebates and tax breaks to encourage consumers to convert to Energy Star.

But what exactly is Energy Star, and what does it mean for the products we use? In this article, we'll look at how Energy Star got its start and where it's headed. We'll find out how much energy a product must conserve to get the Energy Star label, as well as what homeowners can do to build or remodel their homes so they can have an Energy Star home. Finally, we'll find out just how much money you can save with rebates and tax breaks by using Energy Star products. 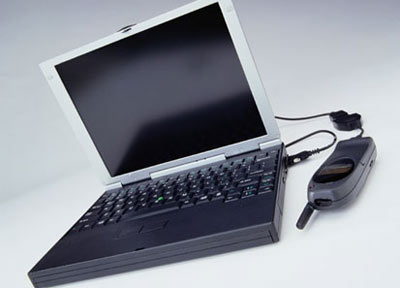 The Environmental Protection Agency designed Energy Star to encourage manufacturers to produce energy-efficient products, thus reducing greenhouse gas emissions. Congress did pass the Energy Policy and Conservation Act in 1975, which set minimum standards of energy efficiency for many major appliances, but the EPA took it a step further in 1992. Energy Star provides credible, objective information to businesses and consumers so they don't have to invest time and money researching energy efficiency.

The voluntary program was initially designed for computers and monitors -- home computers were relatively new to the market, so many consumers weren't aware that this technology could be raising their energy bills significantly. Other office equipment and residential heating and cooling equipment were added to the list over the next three years, and in 1996, the EPA partnered with the Department of Energy for additional product categories.

The Energy Star program operates by lowering the cost of production so consumers can more easily afford energy-efficient products. The label makes a product more attractive to consumers, so it's an incentive for manufacturers to become more energy-efficient. Energy Star is basically an economics lesson for environmentalists.

Consider Joe Homeowner trying to buy a new TV. He's an average consumer who doesn't understand a lot about electronics or energy consumption, and he doesn't have an endless amount of money to spend. However, he wants a reliable TV that isn't going to suck up a lot of energy and increase his bills. Energy Star is the middleman, encouraging the manufacturer to make a TV that won't use as much energy, even when it's turned off (yes, appliances still use energy even when they're turned off). The Energy Star program tests the sets for energy use and makes sure that the energy-reducing innovations haven't reduced the functional quality of the TV set.

The Energy Star label allows Joe to consider a field of potential products -- he can see immediately how much electricity his new TV would be using.

So what does a product need to do to get the Energy Star label? It begins with the Department of Energy "Energy Guide" label, the familiar yellow tag that stores require on all major home appliances. This label indicates the results of testing according to the Department of Energy's standard procedures. The label lists how much energy the appliance uses, compared with similar products, and the approximate annual operating costs. (Estimated yearly operating costs are based on the national average cost of electricity.)

If the product has met the specific criteria for its particular category -- typically a percent reduction in energy consumption versus other products in the same category -- the yellow tag will have an Energy Star label on it.

­To find out the specifics on an individual product's Energy Star rating, click on the link. Next, we'll learn about the Energy Star label for homes. 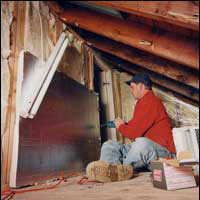 The Environmental Protection Agency and the Department of Energy state that any new home with fewer than three stories can earn the Energy Star blue label if it's at least 15 percent more efficient than the 2004 International Residential Code (see sidebar). It must meet guidelines for:

A home may also qualify for an Energy Star Indoor Air Package label. The home must first have an Energy Star label, and then it has to meet 60 additional home design and construction standards that improve the indoor air quality. About 3,500 homebuilders have partnered with the EPA to construct 750,000 Energy Star-qualified homes.

If you're not building a new house but would like to improve the energy efficiency of your current abode, Energy Star also has suggestions for you. Hard-core environmentalists can get whole-house assessments by Energy Star third-party assessor, but that system is available in only 16 states. Some utility companies provide energy assessments. They can advise customers on home insulation and heating and cooling equipment, and many offer rebates to customers who go through their partners to install systems or repair their homes.

Sealing attic and basement air leaks, including ductwork, and adding attic insulation is the best way to cut energy costs, according to Energy Star, which assists homeowners by adding its label to insulation and doors that meet its criteria.

­Additionally, devices like the Kill A Watt EZ energy meter can connect to a device or appliance and measure how much energy the item uses. Then it's just a matter of how much you want to spend to replace those old energy hogs.

So, how much money can you save with Energy Star products? Read on to find out.

What is the International Residential Code?

The International Residential Code sets regulations for building, plumbing, mechanical, fuel gas, energy and electrical procedures. The International Energy Conservation Code is a similar code that encourages energy conservation through efficiency in envelope design, mechanical systems and lighting systems. Most states have their own energy code requirements. You can find your state's code here.

Until the end of 2007, the Internal Revenue Service is offering tax credits for certain Energy Star-rated home improvements. These include the following, up to set dollar amounts:

State tax credits and exemptions vary, and some Energy Star partners offer rebates on their products. The Energy Star Web site has a page where you can check on local rebates and tax credits by your zip code.

The Energy Star label doesn't necessarily translate to thousands of dollars in savings for buyers, but it does give consumers one less area to research when buying new appliances. In comparison to other products in the category, the Energy Star labeled product is doing its part to go green.

To learn more about the Energy Star program, check out the links on the next page.

How much money will you actually save?

And according to the Department of Energy, refrigerator efficiency is getting a boost. The DOE announced in August 2007 that it has changed its criteria. As of April 28, 2008, full-size refrigerators must be at least 20 percent more efficient than current standards, up from 15 percent. That will add a couple of­ dollars to the annual savings.

How Straw Bale Houses Work
Are granite countertops on their way out?
How to Paint Drywall