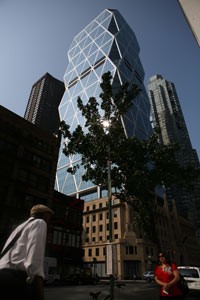 Let's say you're building a house. You want to "build green" because you're trying to be more environmentally responsible -- and you also wouldn't mind saving some money on utilities and maximizing the home's resale value. Where do you start? Most likely, you'll turn to LEED.

In 1998, the Washington, D.C., trade association U.S. Green Building Council developed the Leadership in Energy and Environmental Design (LEED), which has become the authority for builders who want to work with the environment. LEED's green building requirements can be applied to new construction or older homes, but only new homes can be officially certified. The regulations are designed so that construction is healthy and durable for the occupants and the environment.

Some cities have taken the initiative to adopt green techniques as part of their city building codes. For instance, in March 2006, Pasadena, Calif., became the first local government to require LEED certification for private construction. As of October 2007, 22 states and 75 American towns and cities have adopted policies to require or encourage LEED's green building practices.

­Some major new buildings in New York City have also t­urned to LEED. In September 2006, the Hearst Tower received the first gold certification in the city, in part for its innovative frame, which uses much less steel than a traditional skyscraper. Seven World Trade Center, the first of the WTC complex to be rebuilt, also got a gold rating for its air-quality improvements, water and energy conservation measures and waste reduction. With the renovation of the United Nations headquarters, Secretary General Ban Ki Moon says he hopes the U.N. campus will "become a globally acclaimed model of efficient use of energy and resources" [source: U.N. Division for Sustainable Development]. The goal for the buildings is a silver LEED certification.

There are a few categories of LEED certification -- for schools, retail buildings and commercial interiors, for example -- but in this article, we'll be talking about LEED for Homes. We'll go step by step through the checklist, which includes a number of areas in which to earn points for certification.

But what if you already own your home? Currently, the LEED for Homes certification is only for new home construction or gut renovations, but plenty of the recommendations can be applied to existing homes, especially if you want to work on green landscaping and materials, water and energy conservation, and indoor air quality.­
­ 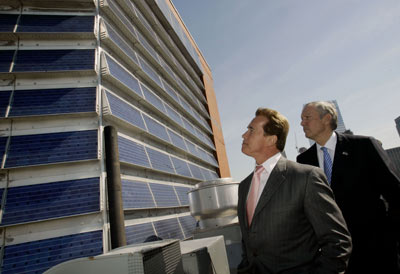 Location
Some LEED location specifications are more difficult than others to meet. The LEED neighborhood development project (LEED-ND), which certifies environmentally friendly, sustainable communities, is in the pilot program stage, so there aren't many around yet. Some of the other rules are easier to comply with because they're linked to environmental laws that could already be in place.

Sustainable sites
Again, some of these items could be difficult or impossible for current homeowners (increasing the density of housing units on your property would mean getting into zoning issues). But adding mulch around your plants is a lot more doable -- and it won't upset the neighbors as much.

Water efficiency
There are many new innovations that will help you reduce water use, and most of them are inexpensive and easy to implement. Some communities offer treated gray water (waste water) to homeowners as an alternative to using municipal fresh water supplies. 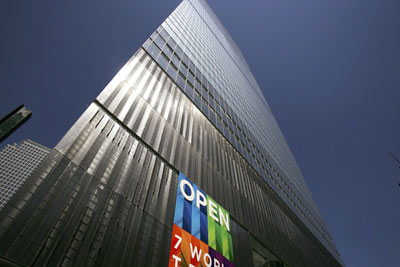 Energy and Atmosphere
This category includes some of the most well-known "greening up" techniques and some of the most effective ways to save energy and money. By now, most people are familiar with Energy Star-rated appliances and those compact fluorescent bulbs, but there are many simple ways to make a big difference in this area.

Materials and resources
Using recycled materials in a home requires some investigation, requiring you to ask about products you might not be familiar with. While many people feel comfortable researching refrigerators, deciding whether to use plastic or real lumber can be a little more daunting. LEED notes that many of these products -- like linoleum flooring -- were once considered inferior, but they've made aesthetic strides in the past few years.

Indoor Environmental Quality
There are a number of culprits that increase indoor air pollution, including poor ventilation and high temperature and humidity levels. The exposure to poor air quality can increase long-term health problems like respiratory and heart disease.

Innovation and Design Process
This group has to do with educating the consumer and design innovation --it's really for new homeowners who want to make a long-term investment and get LEED certification.

Finally, your builder should provide you with a LEED for Homes rating certificate, the completed checklist and general guidance for equipment and appliances, as well as a walk-through before completion.

" class="ListParagraphCxSpLast">To learn more about LEED certification, check out the links on the next page.