by Simon Shadow
NEXT PAGE 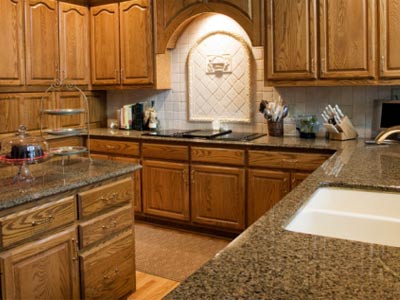 ­­If you've ever wondered about the Formica countertops in your kitchen or bath -- or the laminate that tops tables and furniture -- this article is for you. Not only will you learn the history of Formica, but also how to repair it and paint it. But before we move on to those things, you need to learn what Formica is all about.

By 1937, the Formica Corporation was creating many types of products, including the Formica tabletops and countertops that it became famous for. The laminates were even used on the walls of the Queen Mary ocean liner [source: Formica].

­Staying true to its original interests, the Formica Corporation also continued to improve upon electrical insulation, and when World War II broke out, Formica production peaked with burster tubes for bombs and "Pregwood" airplane propellers.

By the 1950s, Formica laminates were everywhere, in bold and bright new colors. It was f­eatured everywhere from new homes to passenger train cars, and everybody wanted the look and feel of laminates [source: Formica].

The 1960s and '70s brought even more new colors and textures. And now, in a new millennium, Formica has continued to enhance its offerings and keep pace with the changing face of America.

Formica started as insulation and evolved into one of the most widely used materials in the world. In the next sections, you'll learn how laminate countertops are made, how you can repair them and how to customize them to match your tastes.