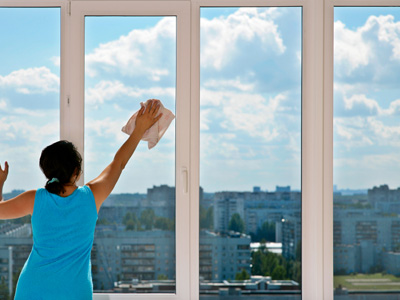 ­After installing window films, maintaining them is the next priority. Window films can be cleaned only after they've been fully cured. Most window cleaning solutions can also be used on window films. Alternative cleaning solutions also include vinegar and water or soap and water solutions. Most manufacturers and installers do ­recommend avoiding abrasives, from chemicals to rough paper towels.

Even with perfect maintenance, window films can need to be replaced over time. The average lifespan of window film ranges from about 10 to 15 years. Most film manufacturers offer at least a five-year warranty, while other films come with lifetime warranties.

While window film is removable, some films come off more easily than others. Many professionally installed films have to be scraped off of the windows. While do-it-yourself films are easier to remove, they still can't be reused because of the adhesive bond [source: Birkenmeier].

For more information on tinting the windows in your home, other energy-efficient tricks and related topics, see the helpful links on the following page. You may be able to save your furniture and some money at the same time.

How to Insulate Windows
Can you make your home more eco-friendly on a budget?
How Skylights Work