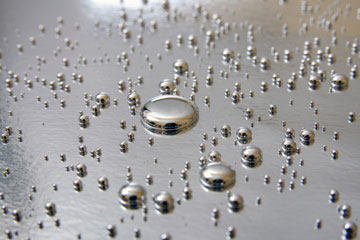 Hidden Home Dangers Image Gallery Mercury is a neurotoxin; exposure can be devastating, but it's not particularly common. See more pictures of hidden home dangers.
iStockphoto/Thinkstock

Thermometers warn about it, pregnancy diets offer ways around it, and the government has regulations about workplace exposure to it.

Mercury, in its many forms, is not an element to mess with.

In its pure form, mercury is an element -- symbol Hg on the periodic table, metallic, atomic number 80. It's a silvery substance that's liquid at room temperature, and it's naturally occurring. Some estimates put the amount of mercury emissions from natural activities, like volcanic eruptions and the wearing away of rocks, at 2,100 tons annually [source: UDEQ].

While mercury emissions are notoriously difficult to pin down, most sources agree that human activities put more mercury into the atmosphere than natural ones, perhaps 2,900 tons per year [source: UDEQ]. That mercury can come from mining and processing for use in products (like those thermometers) and manufacturing, or from energy-related sources like coal-fired power plants.

Mercury is a neurotoxin, meaning it has detrimental effects on the nervous system. It can damage the brain and lead to physical and emotional disorders. So whether its presence is natural or anthropogenic, it's a potential problem for humans. How big a problem depends on the form of the mercury, how much is present, and which humans are being exposed to it.

While exposure to mercury and its compounds can be devastating, it's not a particularly common occurrence. In this article, we'll find out where mercury is found, how exposure typically happens and what the consequences can be. We'll also see what precautions people can take to reduce their risk of coming into contact with the substance.

The risks associated with mercury exposure vary quite a bit among the general population. One segment experiences vastly greater side effects than any other. 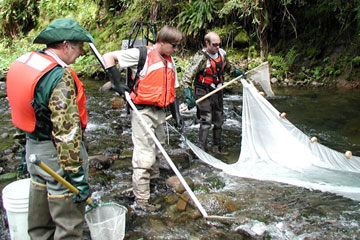 How Can I Avoid Mercury Exposure?

Mercury poisoning doesn't happen every day. As far as environmental dangers go, it's a fairly rare occurrence. Still, it does happen: a spill in a school science lab, a broken thermometer, a faulty old tooth filling, a leak at a factory.

By far, though, the most common route of exposure is through seafood, particularly the largest and oldest fish, which have spent the most time eating smaller fish that have been eating even smaller fish contaminated with methylmercury. The location where the fish is caught matters quite a bit, but in general, the fish to be most wary of include [source: FDA]:

You don't need to cut them out entirely, but careful consumption (no more than one serving per week) is smart.

Mid-range methylmercury fish, which should be limited to two or three servings per week, include:

And the fish and shellfish to eat freely include:

Of course, pregnancy is a game changer. Most pregnant women choose to avoid the highest-mercury fish altogether, and greatly limit their ingestion of the mid-range fish. But it's important that pregnant women do not eliminate all fish from their diet, because fish contains a lot of omega-3s, which are crucial to a developing baby.

Other than avoiding the fishiest fish, you can also reduce the risk of mercury poisoning by never vacuuming up mercury from a broken thermometer or fluorescent bulb, asking your dentist about your fillings, avoiding religious rituals (typically voodoo or Santeria) involving mercury sold as azogue or botanicas, and staying away from the pretty mercury-filled glass pendants often sold in Mexico. Really, people -- carrying poison around on your body in a breakable container?

For more information on mercury poisoning and related topics, look over the links on the next page.

If you have been in contact with mercury and experience the following, immediately call or visit a doctor: