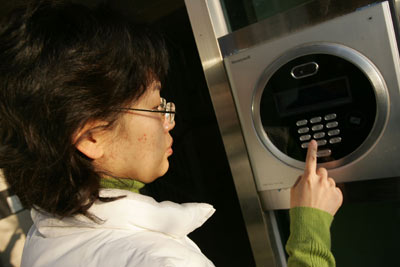 Think of a panic room as a vault for people. In a country of gated communities, panic rooms are designed to be the ultimate in security. They range from simple rooms with reinforced doors to elaborate mini-fortresses that protect their occupants against biological and nuclear attacks, hurricanes, tornadoes and home invasions. High-end panic rooms, made with the most advanced materials, are more like luxury dens than bleak storm cellars.

Because of the Jodie Foster movie, many people associate panic rooms with home invasions, but this is actually not their most common purpose. As we mentioned, rooms built to withstand hurricane- and tornado-force winds have become more popular. These panic rooms are usually ground-floor closets or bathrooms whose foundations have been reinforced with steel and concrete.

Many people who build panic rooms are trying to protect things, not people. Panic rooms can hide computer hard drives or permanently house artwork, rare books and other collections. You can make your panic room into a custom-designed safe that stores your delicate artwork in an airtight, climate-controlled environment. Your computer files can be safely hidden but accessible via an exterior generator.

Depending on how much safety you want and money you have, panic rooms have a wide range of safety features. You can reinforce a closet and throw in a few emergency supplies or build a house within your house.

A panic room, at the most basic level, is a box with an opening. So all six sides of the box -- walls, ceiling and floor -- must be fortified. You can reinforce a closet with plywood if you want a storm shelter, but it won't provide protection from invaders. The next step up is chicken wire or steel mesh, and blastproof Kevlar panels provide the ultimate protection. A cement-reinforced foundation can provide a stable base, and a steel ceiling, with optional Kevlar panels, will thwart invaders from bottom to top.

Most builders of modern panic rooms rely on lightweight Kevlar and plastics, allowing them to more easily build panic rooms on second floors -- off of the master bedroom, for instance. However, the ground floor is still the safest place for protection against natural catastrophes like hurricanes and tornadoes.

Panic rooms are designed to hide their occupants, so one of the best defenses is the invisible entrance. Bookcase entries and hidden pocket doors are popular choices.

The door is the one weak point of the fortified box, so its reinforcements are critical. Even if your walls aren't reinforced with steel, you might want to splurge on a solid steel door. Mortise locks, which are built into rather than attached to the door, provide another level of security, as do steel hinges and bolts. Steel doorjambs make it impossible for an intruder to kick in the door. High-end panic rooms often have keypad-controlled electromagnetic locks, which use magnetic forces to maintain the bond between a frame-mounted magnet and door-mounted hardware.

Most panic rooms do not have standard keys because they can be misplaced or fall into the wrong hands. Instead, doors might feature interior deadbolts, combination keypads or retinal or fingerprint-scanning devices.

­Next, we'll examine some of the features that can make your safe room even safer.