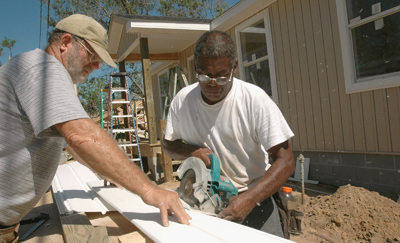 In July 2006, reports about health problems began to trickle in from Hurricane Katrina evacuees who spent the previous year living in trailers provided by the Federal Emergency Management Agency (FEMA). Instances of asthma and other respiratory ailments were traced back to a chemical called formaldehyde, which is also a known carcinogen. This chemical is used most famously as a preservative in the embalming process before funerals, but it can also be found in a vast array of modern products. As it turns out, one of these is the particle-board flooring and cabinets of many FEMA trailers. When the trailer heats up, the formaldehyde is released into the air inside the trailers, which could make the presence of PVC a factor in the myriad health problems that are becoming increasingly common among Katrina evacuees [source: Brunker].

But those living in FEMA trailers are not the only people at risk due to common household chemicals. Polyvinyl chloride, or PVC, is used in countless products, from toys to carpet to fake Christmas trees. It is also used commonly in construction materials, like vinyl siding. So if the chemicals in PVC may be dangerous, does that mean your vinyl siding is killing you?

PVC contains chlorine, a hazardous chemical. But it also employs other chemicals to create the type of final product needed by manufacturers. For example, plasticizers -- like phthalates -- may be added to PVC to create a flexible plastic. PVC products that are meant to be rigid, like vinyl siding, may have lead added to them as a stabilizer.

Because not all of the stabilizer added to PVC actually bonds with the other molecules, some researchers think that lead can reach the exterior of the surface of the PVC. And lead has been shown to cause brain damage, learning disabilities, high blood pressure and even miscarriages.

Your vinyl siding is generally safe, as long as you don't spend time licking it or touching it. You can get lead in your body if you drink liquid that contains lead, such as water that has passed through lead pipes. It can also enter through your skin, and, in some cases, you could breathe lead into your lungs. PVC siding generally is vented fro­m behind, keeping air from becoming trapped behind it, and keeping most of the lead outside your home.

So far, the most studied danger of vinyl siding comes when it is burned, as in a house fire. As PVC burns, the chlorine in the material escapes, creating an acid smoke that contains hydrogen chloride. When hydrogen chloride enters the lungs, it becomes hydrochloric acid, an extremely caustic acid that can result in internal chemical burns in a person who inhales it. This acid smoke is so potent that it can kill a person inside a house fire before the flames or carbon monoxide does [source: Montreal Home Inspection].

But vinyl siding ­isn't the only use for PVC, and all of those toys, fake Christmas trees and carpet that are made of PVC in your home also pose health threats. Find out on the next page why PVC may be phased out of production in the next few years.­ 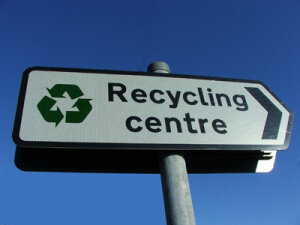