What is the crystalline substance found in disposable diapers? 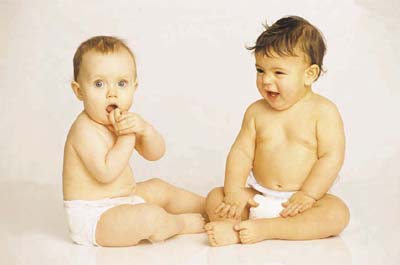 The crystals are probably coming from the "super absorbent layer" found in most disposable diapers. This layer consists of paper fluff and a chemical absorbent called sodium polyacrylate. Sodium polyacrylate is an amazing water absorber -- it can absorb 200 to 300 times its weight in tap water (even more if the water is distilled) and hold it in a gooey gel.

It is a pretty cool polymer -- shake the crystals out of a new diaper (or buy the crystals at a garden center) and add water to them. Pretty amazing!

There is concern in certain circles about the use of sodium polyacrylate next to a child's skin. The concern is often used as an argument against disposable diapers. This diaper page talks about the issue briefly and will give you a sense of what people are concerned about.

What's the Point of the Bathroom Exhaust Fan?
How to Install a Home Intercom System
How Light Bulbs Work