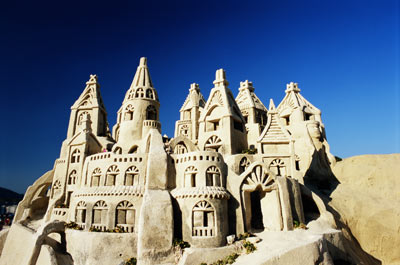 Your rammed earth home won't look like this, but the technique for building it is similar. See more home design pictures.
Eduardo Garcia/Getty Images

When you build a sand castle, you pack dirt into buckets that will form the sand castle's structure. You might even have fancy buckets for creating turrets, brickwork and domes. Then comes the hard part -- flipping the bucket and removing the form so that what remains is a structure fit for a king, or at the very least, a sand crab.

Rammed earth homes are like building sand castles without that tricky step of flipping the bucket. Instead, the form of the home, which is usually a plywood structure that provides the outline of a wall, is already in place. A cross-grade, or mix, of soils is rammed into the walls, either by hand or machine. When everything is packed tightly, the forms are removed, and what's left is a solid, stable wall. Builders ram and repeat until the entire house is built.

This method of building has a long history. Parts of the Great Wall of China were constructed using the technique and are still standing more than 2,000 years later. Examples of rammed earth buildings are all over Europe. French and German immigrants brought this style of building with them to the United States, and now churches, homes and other buildings made from rammed earth can be found from New York to Florida.

After the U.S. Department of Agriculture issued instructions for how to build a rammed earth home in 1926, they became popular with poor farmers during the Depression. The method faded away after World War II, but in the 1970s, builders in the western United States resurrected rammed earth. These homes increasingly can be found in Arizona, New Mexico, California and Colorado [source: Fatsis]. Rammed earth construction also is extremely popular in Australia, where wood for construction is limited and expensive. About 20 percent of new homes in the western part of the country are constructed this way [source: Kennedy].

But what are the benefits of living in a rammed earth home? Are they subject to the same dangers as a sand castle on a beach -- water, erosion and time? How do you build one? On the next page, we'll look at rammed earth construction. 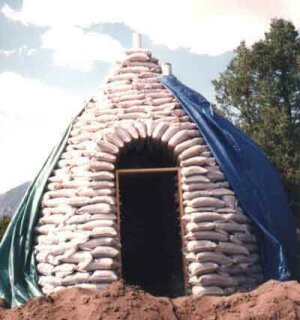 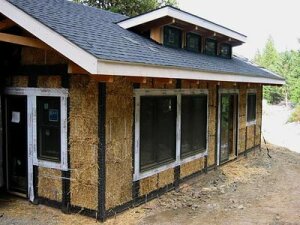