5 Requirements for Applying for Section 8 Housing 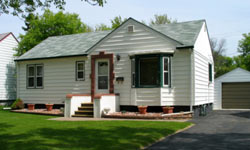 Section 8 housing has been an economic lifeline for millions in the United States. See more real estate pictures.
iStockphoto/Thinkstock

For a quarter of a century Bob Hachey has called Waltham, Mass., home. Most recently, he has lived in a rented basement apartment in this hardscrabble city just a few miles from leafy Harvard Yard and Boston's historic North End.

These days Hachey, 47, struggles to pay his rent. He wants to buy a house, but he knows that is now out of the question. Hachey lost his full-time job three years ago. He is blind and lives on disability benefits. His girlfriend works at a day-care center. Although more than 30 percent of their household income goes toward keeping a roof over their heads, Hachey doesn't think he could qualify for federal housing assistance under the Section 8 program [source: Kocian and Carroll].

Hachey is not alone. According to Waltham's regional planning council, 44 percent of local renters spend more than 30 percent of their income on housing. That leaves little money for life's other bills. Even if Hachey could qualify for Section 8 assistance, he wouldn't get a voucher anytime soon. There is five-year waiting list [source: Kocian and Carroll]. The situation won't remedy itself in the near future. Lawmakers in Washington plan to cut money from the Section 8 program hoping to reduce the national deficit.

Administered by the U.S. Department of Housing and Urban Development (HUD), the Section 8 rental-assistance program makes it easier for underprivileged families to find suitable housing by spending no more than 30 percent of their income on rent. The government pays the balance. While HUD administers the program, 2,400 local, state and regional agencies, known as Public Housing Authorities (PHA), run Section 8. Each agency has a limited number of vouchers.

Section 8 has been an economic lifeline for millions, allowing some to save for their own homes while helping others move out of blighted neighborhoods. However, the demand of housing assistance often exceeds supply, especially during tough economic times. That leaves many low-income people scrambling to find housing. Some wait months, if not years, for vouchers. As such, a PHA may be forced to close its waiting list when there are more families than it can serve.

Under the program, the landlord must provide Section 8 tenants with a clean and safe place to live, while also charging a reasonable rent. The PHA gives tenants the funds to cover their portion of the rent [source: U.S. Department of Housing and Urban Development]. Over the years, the program has provided more than 2 million people with a decent place to live [source: Center of Budgeting Policy Priorities].

Read on to learn more about the Section 8 requirements.

Families have to meet certain income requirements to be eligible for Section 8 housing. PHAs base a family's Section 8 eligibility on total household income, including salaries, tips, overtime and other assets. In general, a family's income should be less than 50 percent of the median income level for the area in which they live [source: U.S. Department of Housing and Urban Development]. Income limits vary from place to place. Boston, for example, has one of the highest median incomes in the nation. To qualify for Section 8, a family of two would have to have a combined income of no more than $36,150 [source: Massachusetts Legal Help].

Income limits matter only at the time a person applies for assistance. If a family's household income rises, they are still eligible to receive rental assistance. However, if their income increases to 80 percent of the local median income, their rental assistance will cease. Once a family is in the Section 8 program, the PHA reviews the family's income eligibility each year. And, HUD mandates that all local PHAs use the government's centralized Enterprise Income Verification System. The system allows any PHA to verify a tenant's employment information, unemployment compensation and social security benefit information. The system also identifies families that have underreported their income [source: U.S. Department of Housing and Urban Development]. 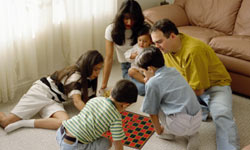 The more the people in a household, the higher the Section 8 income limit.
Photodisc/Thinkstock

In the world of Section 8, family size matters. The fewer the people in a household, the lower the Section 8 income limit. For example, in Tulsa, Okla., a family of eight has to have a combined income of $39,150 or less to qualify for the program, while a three-person family has to have a combined income of no more than $26,700 [source: Housing Authority of Tulsa]. In the very pricey Boston region, a family of eight would have to make no more than about $60,000 a year, while a family of three would need a yearly income of $40,600 or less [source: Massachusetts Legal Help]. A single person who intends to live alone can also qualify for Section 8.

Section 8 is a very fluid program because a family's housing needs change over time as families grow and employment statuses changes. Section 8 vouchers allow families to move anywhere in the country without losing their rental-assistance, as long as they first notify the various housing authorities [source: Connecticut Department of Social Services].

Young families are not the only people who benefit from the program. Senior citizens, those 62 or older, can also participate, either as individuals or as families. Additionally, the disabled and their families can also take part in the program.

A person has to be a legal U.S. citizen or immigrant to enjoy the benefits of Section 8. In order to receive a voucher, applicants must provide evidence of citizenship or legal immigration status. Moreover, each family member has to sign a form swearing that they meet all citizenship requirements. Eligible immigrants must agree to an immigration background check [source: Los Angeles County Housing Authority]. Housing authorities will take the following documents as proof of legal immigrant status: 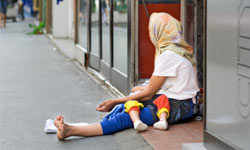 In most communities, preference is given in special circumstances for Section 8 housing, like homelessness.
©iStockphoto.com/Ljupco

Ten years ago, Sebastian Valle was in a fight for his life. He was drunk, out of work and homeless. When Child Protective Services in California threatened to take his three young daughters away, Valle made a change. He moved into a homeless shelter, took part in its many programs and got sober. Finally, he used the Section 8 program to find an affordable apartment. Today, he owns his own home [source: Bullock].

Section 8 is not a first-come, first-served program. It's a lifeline for many people like Valle. Housing officials have wide latitude in establishing which people receive vouchers. The PHAs base those on individual housing needs. In most communities, PHAs give preference to the homeless, those living in substandard housing or those who are paying more than 50 percent of their income in rent [source: U.S. Department of Housing and Urban Development].

Section 8 also gives preference to victims of domestic violence and child abuse. In addition, applicants who might have a family member that is cooperating in a criminal investigation -- and have been threatened by a defendant or someone associated with that defendant -- can be moved to the front of the housing assistance line [source: New York City Housing Authority].

There are more than 500,000 children living apart from their parents. Roughly a third of these children live in foster homes because their parents are homeless or living in inadequate, unsafe housing. Equally disturbing, nearly 20,000 children who are too old for foster care often end up homeless [source: National Center for Housing & Child Welfare]. Section 8's Family Unification Program provides a bridge to help those families reunite. Before participating in the program, the parents of eligible families must adhere to all social service requirements. They must also need permanent or adequate housing [source: Massachusetts Department Housing and Economic Development].

In addition to helping children reunite with their parents, the Family Unification Program helps battered women and their children find safe housing. Many times, battered women and their children have to move out of their homes to avoid imminent danger. Under the Family Unification Program, they can relocate to Section 8 housing anywhere in the country. They can also decide to stay in their current rental unit as long as it meets the federal requirements for health and safety [source: Massachusetts Department of Housing and Economic Development]. 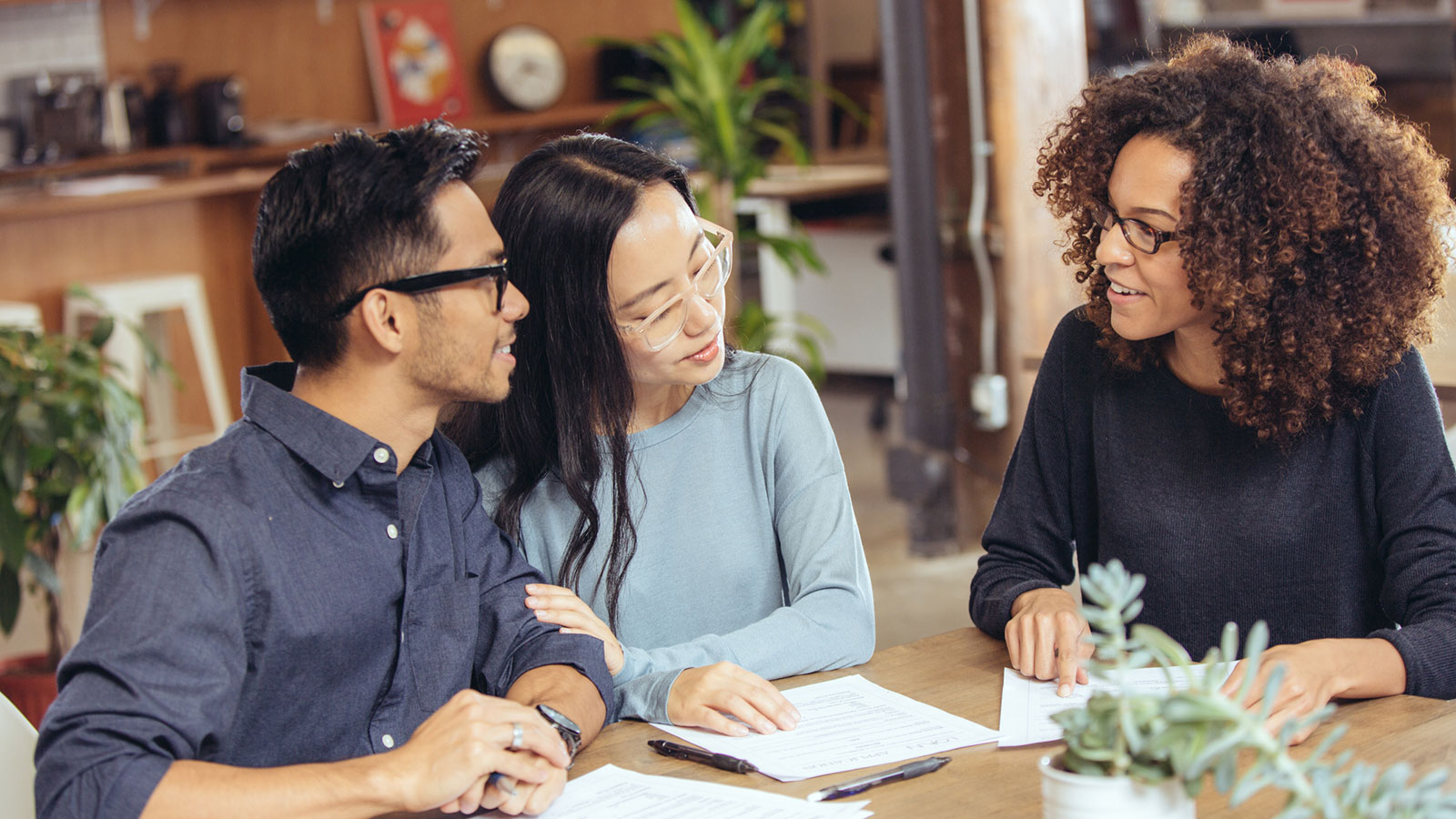 What Is an APR (Annual Percentage Rate)?

Comparing home loans can be confusing, but there is a method to the madness. We'll explain why the annual percentage rate is the figure you should be paying attention to.