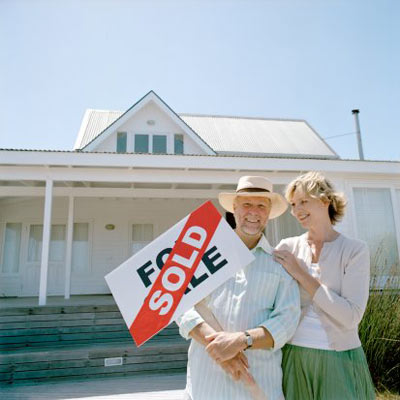 NACA is making homeownership a reality for many people who might otherwise not be able to afford a home. See more real estate images.
Jerome Tisne/Iconica/Getty Images

What if I offered you a mortgage with no down payment, no closing costs and no fees? And let's throw in a below-market fixed interest rate — that's a guarantee the interest rate rate won't rise and fall with the market — and you'll have a fixed monthly payment (on the principal and interest, that is; things like property taxes might vary over the years) for as long as you have the loan. I'll even make you this offer if you have less-than-perfect credit and if you have a low income. Interested? Who wouldn't be? Skeptical? Naturally so, especially after the financial crisis that happened in the wake of the 2008 housing bust.

OK, busted. I actually can't offer you this deal, but a nonprofit agency known as the Neighborhood Assistance Corporation of America (NACA) can. And it does — to thousands of Americans each year. The group, founded by CEO Bruce Marks in 1998, initially stepped into the spotlight with its aggressive and confrontational role against the predatory lending practices of big-name banks. On the Senate floor in 1999, for example, former Sen. Phil Gramm called Marks an "extortionist" because of his relentless tactics [source: Appelbaum]. Since then, NACA has also attracted attention for its own lending practices. It lends to individuals most banks would see as a risk — borrowers with little money in savings, blemished credit histories, lots of debt and even those facing foreclosure. NACA primarily aims to help people with low to moderate incomes, but there are no income limits on participation.

Big-name banks typically see lending to low- to moderate-income borrowers as a gamble, but NACA doesn't. Rather, Marks and team see it as an investment in the future. The idea is that it borrowers are provided with good rates and education about buying a home, then neighborhoods will stabilize as owners become invested in their community. NACA is more than a mortgage business — it's also a community advocacy program that encourages and organizes neighborhoods to fight for political and social change. Marks, who has been called a "junkyard dog" that won't let go once he's got a hold on something, often sinks those persistent teeth into lenders and financial institutions who discriminate against and exploit struggling borrowers with unaffordable, subprime loans [source: Swidey]. Subprime loans are typically offered to borrowers who are a bigger credit risk, and these loans carry a higher rate of interest compared to prime loans.