How can you apply for Section 8 Housing? 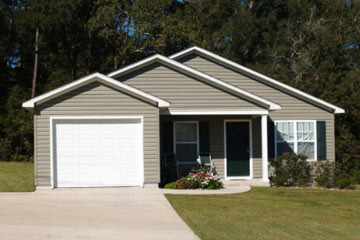 When housing officials in one Atlanta suburb came to work on Aug. 11, 2010, they were greeted by a near riot. Around 30,000 people converged on the offices of the East Point Housing Authority hoping to obtain one of the 455 vouchers for government-subsidized rental housing known as Section 8.

The housing authority had exhausted its old Section 8 voucher waiting list and was in the process of taking applications for a new list when the melee ensued. Thousands came to fill out an application, although there were no guarantees anyone would receive a voucher or even a slot in one of the few available public housing apartments. Filling out the paperwork only ensured people a place on the new Section 8 waiting list [source: Schneider and Morris]. It was hot standing in line. It was humid. Tempers flared. The police arrived. People went to the hospital. Others went to jail.

Why did so many people want an application? For years, no one in the Atlanta area could get on a Section 8 waiting list. There were not enough available vouchers to go around. When word got out that officials were accepting new applications, thousands descended on the East Point housing office [source: Katz]. To complicate matters, housing authorities in and around the city had already razed more than a dozen public housing projects since 1994, creating an additional strain on an already overburdened public housing system. Moreover, the nation's faltering economy had left many of the region's poor scrambling for places to live. Thousands found themselves competing for the limited number of Section 8 vouchers [source: Katz].

Public housing in the United States has been synonymous with crime and urban blight. But Section 8 is different. It is appealing. Instead of living in a public housing project, Section 8 tenants live where they want. They can move to communities with better schools, less crime and more services. With the glut of housing caused by economic recession at the end of this century's first decade, many Section 8 tenants have found new homes in quiet residential neighborhoods [source: Katz]. Moreover, research shows that Section 8 is more cost effective for the government than building new low-income housing [source: Center of Budgeting Policy Priorities].

So how exactly do you apply for Section 8 housing? Keep reading to find out.

The federal government got into the housing business in the 1930s. By the mid-1970s, politicians and social activists deemed the experiment a failure as many housing projects became racially segregated and crime-ridden [source: Naison]. In 1974, Congress amended the nation's existing housing laws creating the Section 8 voucher program. Administered by the U.S. Department of Housing and Urban Development (HUD), Section 8 shifted the focus from developing and managing public housing projects, to helping low-income families spend a limited portion of their income on rent.

The Section 8 program guarantees that families don't have to spend more than 30 percent of their income on a place to live. HUD administers the program, and 2,400 local, state and regional agencies, known as Public Housing Authorities, run Section 8. More than 2 million people across the country participate in the program [source: Center of Budgeting Policy Priorities].

To apply, a prospective Section 8 tenant should contact their local PHA, or the closest HUD office. The applicant will have to fill out various forms stating his or her citizenship or immigration status, income level, and the number of children that will be living in the unit. Housing authorities have separate applications for emergency cases, such as those who are victims of domestic abuse. Applicants have to provide various documents like pay stubs, proof of income, birth certificates and immigration papers, and they also must pass a criminal background check [source: Broward County Housing Authority].

Once you apply, don't expect to get your voucher right away. The demand for housing assistance often exceeds the supply. People wait months, or even years, for a voucher, and some PHAs have been forced to close their waiting lists, even when there are more families that need its services. These PHAs won't reopen the waiting list until everyone on the list has gone through the system. The housing authorities must inform the public that the vouchers are once again available.

Go to the next page to find out who is eligible for Section 8 housing. 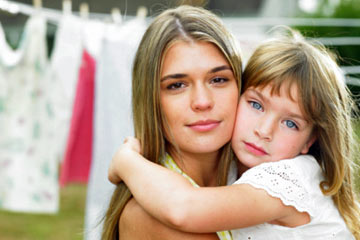 Families have to meet certain requirements to be eligible for Section 8 housing.
Ryan McVay/Thinkstock

Families have to meet certain requirements set by the local housing authorities to be eligible for Section 8 housing. The most important requirement is income, and the qualifying threshold varies from region to region. In general, a family's income should not exceed 50 percent of the median income level for the area in which they live [source: U.S. Department of Housing and Urban Development].

Another factor in determining eligibility is the number of people in a family. The fewer the people in a household, the lower the Section 8 income limit. For example, to qualify for Section 8 in Broward County, Fla., a family of eight would have to earn less than $31,350, while an individual would have to earn a minimum of $16,650 [source: Broward County Housing Authority]. In Tulsa, Okla., a one-person household has an income limit of just below $21,000, while a family of eight has to earn less than $39,150 [source: Housing Authority of Tulsa].

One of the goals of the Section 8 program is to give low-income people a chance to better their lives. If household income rises, the applicant can still receive rental assistance. Income limits matter only at the time a person or family applies for Section 8 assistance. However, rental assistance ends if the household income increases to 80 percent of the local median income, although a tenant can still stay in the house as long as they pay the entire rent.

Moreover, local housing agencies have wide discretion on establishing preferences based on various housing needs. Local PHAs often give preference to those who are homeless, living in substandard housing or who are paying more than 50 percent of their incomes for rent [source: U.S. Department of Housing and Urban Development]. Other factors that may help a person qualify include the following:

Once the government approves you for a Section 8 voucher, you can live anywhere in the United States as long as the rental unit meets various HUD requirements for safety and quality. Because a family's housing needs change over time, a family can move from one Section 8 approved unit to another. In all cases, the tenant needs to sign a lease with the landlord. The landlord in turn signs an agreement with the PHA. Under the law, the landlord has to provide clean and safe housing at all times [source: U.S. Department of Housing and Urban Development].