Can my insurance company cancel my policy if I submit too many claims?

Browse the article Can my insurance company cancel my policy if I submit too many claims? 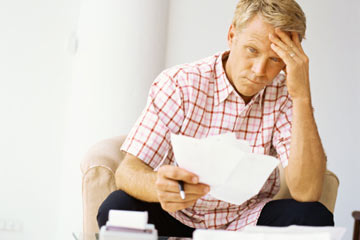 Filing a homeowners insurance claim is tricky business because filing too many can mean an increase in your premiums, or worse, a canceled policy. See more Tax Pictures.
Stockbyte/Thinkstock

Every month for more years than you care to remember, you religiously paid your homeowners insurance. Then, one day, you move your $1,200 flat screen TV downstairs to the family room. The TV slips and crashes to the floor! You now have a $1,200 pile of junk. Not a problem. You do as any good homeowner does. You file a claim against your insurance policy. They pay. You're happy.

Two weeks later, lightning strikes your property and fries the well pump. It's happened. I've been there. Once again, you file a claim. Let's not forget the $700 roof repair two years ago. Then, while you're enjoying your flat screen, a letter comes in the mail. It's from your insurance company. Sorry, Charlie, as the old tuna commercial says. They're not going to renew your policy.

What's going on here? Frankly, your insurance company has decided you're a bad risk. You've filed too many claims in too short a period. Can the company cancel you just like that? You bet.

Let's review: Homeowners buy insurance to protect their home and belongings from a variety of disasters, both big and small. Some may be as significant as tornado damage, or as mundane as Aunt Betty tripping on the walkway and breaking her big toe. (OK, it's mundane for you, but not for Aunt Betty.)

Filing a claim, or multiple claims, is a tricky business. Too many claims can mean an increase in your premiums. Other times, it means cancellation or non-renewal. Before you file a claim, think long and hard. Some claims are not worth filing. Let's take the flat screen TV for instance. It cost $1,200. Your deductible was $500. So, the insurance company is paying only $700. Your well pump costs only $1,000. You know where I'm going with this, right? You saved a little cash, but was it worth it? I think not.

Read on. You can thank me later.

The Insurance Companies are Watching

About 10 years ago, the Independent Insurance Agents & Brokers of America (IIABA) conducted the first-ever survey seeking information on homeowners insurance non-renewals and premium increases. What the group found was eye-popping. Over a two-year period, 2.5 million households lost their homeowners coverage and 51 million households saw their rates increase. Nearly 57 percent of households saw their rates jump up to 10 percent, while 23.2 percent saw premiums skyrocket between 11 and 25 percent [source: Independent Insurance Agents & Brokers of America].

Why were there so many non-renewals? Because homeowners insurance isn't a big money maker for insurance companies. Over the past few decades, insurers paid out more money in claims than they took in as premiums. Many of those claims came from a series of natural disasters that caused billions in damage [source: Christie].

In 2005, property damage from Hurricane Katrina alone cost insurance companies $123 billion, the all time record. And the trend continues. In 2011, the insurance industry had another bad year. A series of catastrophes, including earthquakes, floods and tornados generated $116 billion in claims [source: Neligan].

Another reason that insurance companies cancel so many people is because the firms are looking over your shoulder. Insurance companies keep better track of the individual claims by using databases such as CLUE, the Comprehensive Loss Underwriting Exchange.

Back in the good old days, insurance companies would have to search public records and rely on homeowners to decide whether to sell someone a policy. These days, all the companies have to do is log on to CLUE. The database contains up to seven years of personal property claims history [source: Wisconsin Office of the Commissioner of Insurance].

What can you do to keep your insurance? 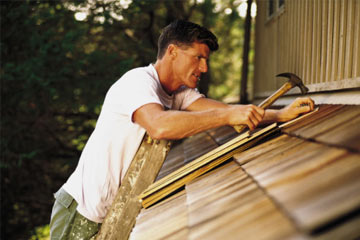 Keep your house in good repair, and make minor fixes yourself -- or at least pay for them out of pocket.
Comstock/Thinkstock

The key to keeping your homeowners insurance is to use your head, even if you want a new flat screen. According to the IIBA:

Keep in mind there is no sure-fire way to prevent being cancelled or having your insurance rates increase. The only thing we can all do is use our noodles.

When you own a home, you become an insurance expert of sorts. While your first inclination after any type of damage is to submit a claim to the insurance company, think again. If you can afford it, repair the house yourself. You don't want to be searching for insurance, because if you can't find it, your mortgage company, bank or lender will find it for you. You don't want to pay the premiums they charge.