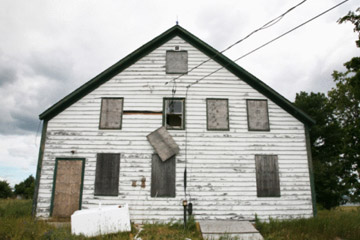 During the real estate boom in the early 2000s, eager investors snapped up properties in all kinds of neighborhoods in order to rehabilitate them and put them on the market; however, when the economy took a turn for the worse, many of those property owners were no longer able to sell the homes or even afford upkeep on those properties they'd once hoped to flip. As a result, home foreclosures and rates of home vacancy dramatically increased.

Run-down and abandoned homes can make an entire neighborhood look bad. Trash, overgrown grass and pest problems can spill over into neighboring properties. But abandoned houses can be more than just an eyesore -- they can be safety hazards and hotbeds for criminal activity. But who owns these properties, and what can you do to make them take responsibility for their home?

People in cities and towns across the United States are experiencing tough economic times, and the home foreclosure rate reflects the downward turn in the economy. For example, in the third quarter of 2009, foreclosure notices in the forms of default notices, scheduled auctions and bank repossession were filed on 930,437 U.S. properties, an increase of almost 22 percent from the third quarter of 2008. This translates to one in every 136 houses in the U.S. [source: Realty Track]. The economic downturn and mortgage crisis in recent years has contributed to the vacancy rate across the United States; for example, in Detroit, 30 percent of residential homes are vacant [source: Kellogg].

In this article, we'll take a look at why high crime rates seem to follow home vacancy. We'll also discuss what to do if there's an abandoned home nuisance in your neighborhood. 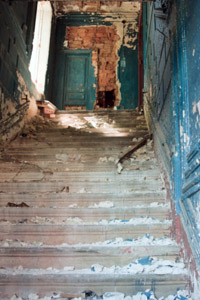 What to Do About an Abandoned Home 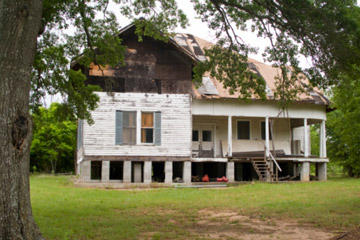 Having a home demolished can take awhile.
Hemera/Thinkstock

Once you file the complaint, a code enforcement officer will seek out the property owner. If he or she can't find the owner, you might be stuck with the abandoned structure even longer. The house will remain abandoned until the government can seize it for back taxes.

Although the process of getting the government to take action on an abandoned house might be frustrating and time consuming, it's important to be persistent. Keep records of your correspondence and get your neighbors involved as well. The more people that speak out, the better chance you'll have of being heard and protecting your neighborhood.

How House Flipping Works
How do we rebuild communities in the wake of the foreclosure crisis?
Top 10 Things to Look for to Find Your Dream Neighborhood

5 Tips for Settling In to a New Town
What type of insurance does your condo board carry?
Can you buy your own home at a foreclosure auction?