What are self-tapping machine screws? 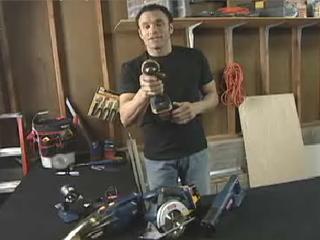 Screws are pieces of hardware used to attach two items together; they're an alternative to nails, and they have the advantage of being able to be removed and replaced fairly easily. They're normally made of steel, stainless steel or aluminum, though non-metal variations exist. Screws are differentiated according to a few characteristics: head shape, head type, thread proximity, thread gauge, length and diameter. The most common head shapes are flat head and countersink, which have flat tops with a tapered underside to allow them to sit flush; pan head, which have rounded sides and flat tops; oval head, which have rounded sides and rounded tops; and round head, which have semi-spherical tops that are round above and flat below.

Beyond these differentiations, screws are also categorized by the materials they're best used to join and by whether the threading goes all the way up the screw or just partially. Also, some screws have a cutting ability to create their own holes as they're driven into a material, while others require a pre-threaded hole to be used. Machine screws are used to attach pieces of machinery together; they're normally narrow screws and are threaded along their entire shaft. Generally, machine screws are inserted into already-threaded, or tapped, holes. Meanwhile, sheet metal screws are used to attach metal to metal; they have sharp threads that allow them to cut and thread a hole as they're driven in. For this reason, sheet metal screws are also called self-tapping screws or thread-cutting screws. Like machine screws, sheet metal screws are threaded from bottom to top.

How Jackhammers Work
How Blowtorches Work
Inside an Electric Screwdriver