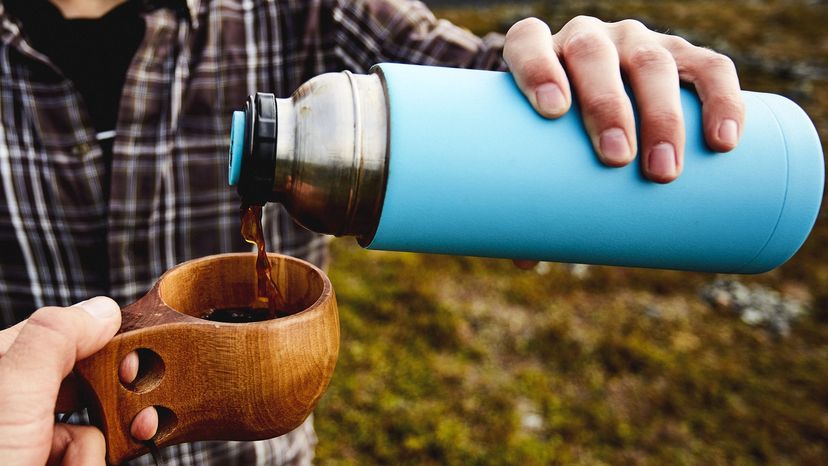 How doesn't love when the coffee doesn't get cold while hiking? Aleksi Koskinen / Getty Images

Most people have or are familiar with the "Thermos" (also known as a vacuum flask or a dewar). I can remember as a kid having one that came with my lunch box. One day my mother might put grape juice in it and at lunch I would have nice, cold grape juice. The next day she would put hot soup in it and I would have hot soup for lunch. And I can remember asking, "How does it know whether to keep stuff hot or cold?" Where's the switch, in other words...

Or, similarly, "You heat things up in an oven and cool them down in a refrigerator -- how come this thing can do both?" In this edition of HowStuffWorks, we will learn how a Thermos "knows" what to do. 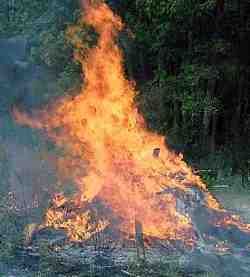 Let's say you take a glass of ice water or a bowl of hot soup and let them sit out on the kitchen table. You know what will happen: The bowl of soup will cool down to room temperature, and the glass of ice water will warm up to room temperature. This is a thermodynamic fact of life -- if you put any two objects with different temperatures together, then heat transfer will cause them to reach the same temperature. So a "room" and a "hot bowl of soup" reach the same temperature by the heat transfer process -- the room gets slightly warmer and the bowl of soup gets a lot colder.

The best example of this phenomenon would be to take a metal bar and heat one end of it. The other end will get warm and then hot through conduction. When you put a metal pan on the stove, the inside of the pan gets hot through conduction of the heat through the metal in the bottom of the pan. Some materials (namely metals) are better heat conductors than others (for example, plastics).

You can see all three of these heat transfer processes occurring when you stand next to a bonfire:

You probably need to stand at least 20 feet away from a big bonfire like this one. What keeps you away is heat radiating from the fire through infrared radiation. The flames and smoke are carried upward by convection: Air around the fire heats up and rises. The ground 3 feet beneath the fire will get hot, heated by conduction. The top layer of soil is directly heated (by radiation), and then the heat is conducted through layers of dirt deep into the ground.

To build a good thermos, what you want to do is reduce these three heat transfer phenomena as much as possible.

Inner Workings of a Thermos

One way to build a thermos-like container would be to take a jar and wrap it in, for example, foam insulation. Insulation works by two principles. First, the plastic in the foam is not a very good heat conductor. Second, the air trapped in the foam is an even worse heat conductor. So conduction has been reduced. Because the air is broken into tiny bubbles, the other thing foam insulation does is largely eliminate convection inside the foam. Heat transfer through foam is therefore pretty small.

It turns out that there is an even better insulator than foam: a vacuum. A vacuum is a lack of atoms. A "perfect vacuum" contains zero atoms. It is nearly impossible to create a perfect vacuum, but you can get close. Without atoms you eliminate conduction and convection completely.

A thermos then goes one step further. The glass is silvered (like a mirror) to reduce infrared radiation. The combination of a vacuum and the silvering greatly reduces heat transfer by convection, conduction and radiation.

So why do hot things in a thermos ever cool down? You can see in the figure two paths for heat transfer. The big one is the cap. The other one is the glass, which provides a conduction path at the top of the flask where the inner and outer walls meet. Although heat transfer through these paths is small, it is not zero.

If you are the experimental sort, you might want to try some experiments to see how different forms of insulation compare to a thermos. Or you might want to try to improve the performance of a thermos. "Can you keep hot coffee hot all day?" is the ultimate question: If you can answer this question affirmatively it is likely you could base an entire business empire around it...

One avenue of investigation involves understanding your thermos better:

If you put the thermos inside a small foam cooler, does that change anything? What if you store the thermos upside down during the day -- what effect, if any, does that have?

One question often asked at this point is, "If a vacuum is such a good insulator, then how do you cool a spacecraft?" Heat builds up in a spacecraft from its electronics, its fuel cells, its rocket engines and incoming solar radiation, among other things. All of this heat needs to go somewhere or the spacecraft will overheat. However, the spacecraft is floating in the world's biggest thermos -- the vacuum of outer space. So how does a spacecraft dump its excess heat?

It turns out that heat dissipation is a fairly significant part of the spacecraft design process. For example, if you look at this page you will see that Skylab had a gold coating to reject infrared radiation coming from the sun, and a large radiator to dissipate heat that built up. A space radiator can use nothing but infrared heat radiation to dissipate heat, so it must be much larger than a similar radiator on Earth, where convection plays a big part in the cooling process (almost all radiators on Earth use fans to improve the effects of convection). Similarly, the inside of the space shuttle's cargo bay doors are lined with radiators. Once the shuttle is in orbit, one of the first things the crew does is open these doors so that heat can radiate away, as this page explains.

So if space is a giant vacuum and a vacuum is an insulator, why do astronauts get cold fingers on space walks? The cold-finger problem is actually quite interesting. This article discusses some of the reasons.

For more information on thermoses and related topics, check out the links on the next page.