How does a three-way light bulb work?

A three-way bulb has two filaments in it. The next time one burns out, carefully open it (for example, wrap it in a towel and hit it lightly with a hammer) and you will see the two separate filaments.

Look also at the end of the bulb's base -- you will be able to see how the lamp controls the two filaments. 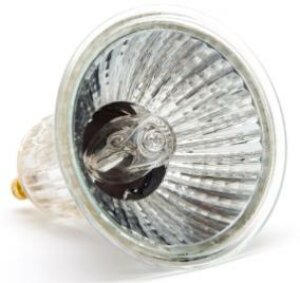 How does a halogen light bulb work?