by Rachel Oswald
NEXT PAGE 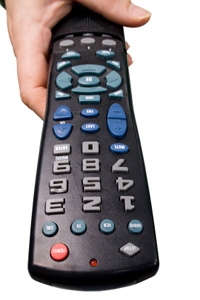 A universal remote can control all of your electronics.
©iStockphoto.com/slobo

With home theater systems riding a wave of massive consumer interest, new technology for digital cable, DVR, HDTV, DVDs and CDs continues to proliferate at high speeds. All of these new gadgets come with new devices to operate them -- adding up to three, four, five, even six or more remote controls on your coffee table. These remotes manage a whole host of operations --programming your cable box to record your favorite shows, setting up movie subtitles and controlling CD volume, just to name a few. The possibilities are seemingly endless but so is the potential to misplace a remote or become overwhelmed by all of the programming options.

That's where a universal remote comes in handy -- it allows you to consolidate multiple remotes into one. Universal remotes come in a wide range of varieties -- some have lots of buttons and some only a few. They're usually bigger than your standard manufacturer's remote, so they're not so easily lost between the couch cushions.

But what can a universal remote control? These are some of the electronic devices that can be operated with one high-end model:

Many universal remotes come with some type of glow-in-the-dark feature like luminescent buttons or a backlit screen that allows you to operate the remote even when the lights are turned down low. Some high-end models come with an LCD screen for displaying information, and this feature often includes touch-screen buttons.

Unlike most ordinary remotes, many universal remotes come with a battery backup feature like flash memory that allows you to save your programmed commands in between battery changes. Charging cradles are another option for ensuring that you don't lose programmed memory.

Not all universal remotes are created equal -- some are fairly basic while others are quite complex. In the next section we'll learn about some of the key differences among universal remotes. 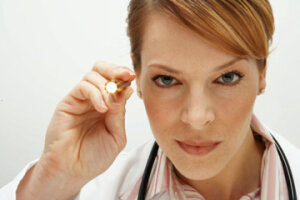 How 3-in-1 Flashlights Work