by M.J. Plaster
NEXT PAGE 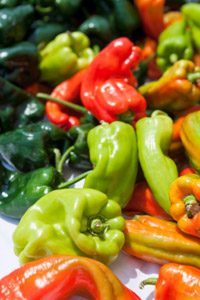 Some like it hot and instinctively reach for chili peppers when adding zest to their dishes. The hottest of these vegetables are used as a spice or condiment. Chef Bobby Flay immediately comes to mind as he adds a pinch of cayenne here, a dash of chipotle there. But the use of chili peppers isn't limited to Southwestern and Mexican cooking. Chef Emeril Lagasse considers the mild green bell pepper a staple. Together with celery and onion, bell pepper comprises a third of the "trinity," the New Orleans equivalent of the French mirepoix, and the trinity serves as the base for savory Big Easy dishes. Many different ethnic cuisines incorporate the chili pepper into traditional dishes, and chances are, you're eating chili peppers more often than you think.

Chile peppers date back 6,000 years. The 25 wild species and five domesticated species are indigenous to South America -- although scientists disagree on whether they originated in Bolivia or Brazil [source: The Chile Pepper Institute]. Wherever they came from, our avian friends began carrying them throughout the world long ago -- birds lack pain receptors in their mouths, so they can tolerate even the hottest peppers. Birds can't digest pepper seeds; instead, they deposit intact seeds around the world, assisting in their propagation.

When Christopher Columbus found peppers in the New World, he confused them with the peppercorn and named them chili peppers. On his return voyage, Columbus transported them back to Europe, and chili peppers quickly dispersed throughout the continent and beyond. Today, they're grown and enjoyed worldwide.

So what is it that gives chili peppers their fire? And what's the deal with the varying levels of heat you feel when eating these different peppers? Read on to explore a number of misconceptions regarding the chili pepper's heat -- where it comes from, how we interpret it and most importantly, how to tame it. 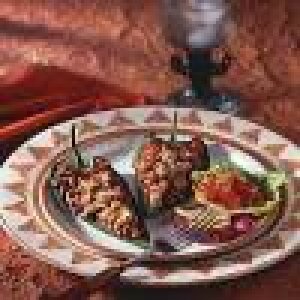 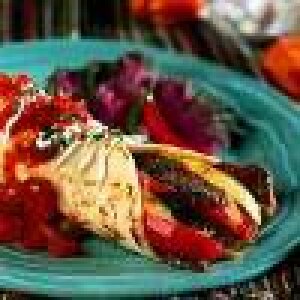