Gardening is a useful and relaxing pastime. Read gardening tips and learn how to plan and care for a variety of gardens. 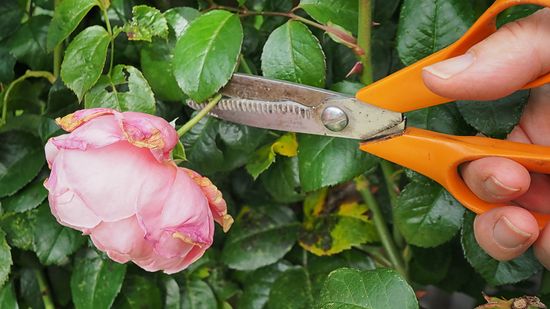 How to Store Canna Bulbs How a Closed Terrarium Can Live for Decades, No Water Added How to Create a Backyard Wildlife Habitat

Removing the spent blooms from your flowering plants will keep your garden looking its best and help your plants stay focused on reblooming.

How a Closed Terrarium Can Live for Decades, No Water Added

David Latimer put a plant and some compost in a bottle in 1960. It's still alive and thriving over 60 years later. How does a closed ecosystem like this work?

Ranunculus is a genus containing more than 600 species, all of which are beautiful, but toxic to both humans and animals.

Tiger lilies have it all – they're edible, have healing properties and act as perfect pollinator magnets. They're also long-lasting, strikingly beautiful and super easy to grow.

Bee balm is one of those staple plants that gardeners love for its beauty, its many varieties and its value as a magnet for pollinators.

Potting soil looks an awful lot like dirt, except there's likely no earth in the mix. So, what is it really made of? And is it better for potted plants than the stuff from the ground?

Caring for Forsythia, the Flaming Yellow Sign of Spring

A cinch to plant and tend, forsythia is beloved for its vivid yellow blooms. They also mark the beginning. Here's how to grow and care for these beauties.

5 Reasons You Should Grow a Butterfly Bush

Providing a great backdrop for any sunny garden, the butterfly bush comes in many colors and attracts butterflies, hummingbirds and bees galore.

The money tree has long been a symbol of good fortune in Asia. But how did the plant get its name?

Kohlrabi is a cruciferous vegetable, just like cabbage, with a slightly sweeter flavor. It's also known as a German turnip and can be eaten raw or cooked.

Those white beads you see in potting soil are made of a volcanic glass called perlite. And that's not the only place you'll see this versatile material. So how is it made and what is it used for?

You know that an apple a day keeps the doctor away, but what's your IQ on the lesser-known fruits (and veggies) of the world? Take our quiz to find out!

One of the oldest and most widely used materials in the world, baked clay or terracotta, can be found on roofs, in museums and in gardens all over the world.

If you don't already have a trellis working for you in your garden, you probably need one.

Oleander Is a Poisonous Plant, Not a Cure for COVID-19

Despite being pretty in pink, oleander is a highly poisonous plant. And now it's being touted as a cure for COVID-19. We'll break down the facts from fiction.

Foxglove: The Beautiful Bloom That's Good (and Bad) for Your Heart

This pretty flower has been known for centuries to have chemicals that can regulate your heartbeat but also poison you.

Sunflowers are incredibly tough and can be grown in almost any soil. Plus, it's hard not to smile when you see a field of these bright yellow rays.

For decades we've been told having houseplants can improve our indoor air quality. But is this true? And do you need to live in a veritable jungle to get better air quality?

What vegetable is often mistaken for a fruit, has poisonous leaves but is still edible and is often harvested by candlelight? Yep, that would be rhubarb.

Roundup is the brand name for the chemical glyphosate, which is the most widely used weedkiller today. Some hail it, some hate it, but what does it really do?

Cucamelons are about the size of grapes but they pack a big tart punch.

People have been saving seeds for centuries. But a new website takes the idea online, making it easier for farmers to find and share the seeds they want and need.

Many of us love a break from the cold weather, even if temporarily, but should we be worried about early blooms and the environment?

Historically, Houseplants Were For the Rich

In Victorian times, only a few plants could stand up to the fumes from coal fires and gas lamps. Now, we have a wide variety of plants to choose from.