Can I use hemp as a building material and to insulate my house?

No doubt you've heard the story about the big bad wolf that blew down the little pig's house -- you know, the cottage made from straw? If that wolf was a friend of the environment, he probably wouldn't have done that, because some straw houses, like the one built in 2010 by the University of Bath in Great Britain, are eco-friendly. British researchers built the Balehaus at Bath to study how renewable construction materials work. But central to the home's design is Cannabis sativa, more commonly known as hemp [source: BBC].

While using hemp as a building material might seem like a fairy tale, it's not. The Europeans have built hundreds of homes using hemp as one of the main construction materials. Many ancient societies once used hemp for a variety of industrial purposes, and now the plant is enjoying a renaissance as builders seek to design more green buildings. And apparently, hemp is not just renewable (farmers can grow it almost anywhere), it's also exceedingly good for the environment. The plant significantly reduces the amount of greenhouse gases entering the atmosphere while it's growing [source: BBC].

But don't confuse industrial hemp with its more familiar cousin, marijuana. Industrial hemp is cultivated to lower the level of the narcotic tetrahydrocannabinol, or THC, the chemical that gives marijuana its "high" [source: The Hemp Company]. You'd need to smoke at least 10 industrial hemp cigarettes to get the same feeling from one marijuana joint [source: NAIHC].

One common use of industrial hemp is for insulation. Go to the next page to find how hemp can help reduce your utility bills.

The Energy of Hemp

Is hemp the building material of the future? Perhaps. Houses built with hemp use less energy, create less waste, and cost less money to heat or cool. Hemp can be fashioned into fiberboard, lightweight cement roofing tiles, wallboard and other wood-like materials [source: Priesnitz].

But hemp as insulation is one of the most popular ways to use the plant. Hemp insulates better than many other materials, such as cotton or wool. Hemp insulation is a composite material, in which the plant's fibers are bound with another substance. It has a low U-value, a measurement which gauges how much heat passes through a particular material. The lower the U-value, the better the material insulates. In fact, Hemp insulation has a U-value of .040, which is comparable to the U-value rate of 8-inches of fiberglass insulation [source: The Hemp Company and Combustion Research].

Hemp's R-value, which measures a material's resistance to heat flow, is also good and similar to other fibrous insulation products -- about R-3.5 per inch of thickness [source: U.S. Department of Energy]. The more the material restricts the flow of heat, the higher its R-value.

Hemp also absorbs moisture, which reduces humidity and condensation of the surrounding air, and inhibits the growth of mold [source: The Hemp Company]. While hemp insulation can help a homeowner save money on energy, its real advantage is that the plant is environmentally friendly. It takes very little energy to grow and process hemp into insulation. In addition, hemp scrubs the atmosphere of greenhouse gases [source: The Hemp Company].

So if hemp can be used as a building material and is great insulator -- plus it's environmentally friendly to boot, why aren't more builders in the United States using it? Read on to find out.

Hemp's long fibers are often stronger than the wood fibers found in many types of wooden studs and beams [source: NAIHC].

Russ Martin, the former mayor of Ashville, North Carolina, likes to joke that if his house burned down, his neighbors could party hearty. Martin built his 3,400-square-foot-home partly out of hemp [source: CNN]. Martin used Hemcrete to build the walls of his house. Hemcrete, made by British company Lime Technology, mixes dried hemp stems with lime. Workers take the moisture-laden "shiv" and pour it into wall forms. The slurry hardens, creating a thick concrete-like wall with a high insulation value. A 12-inch-thick Hemcrete wall has an R-value of R-28 [source: Wilson].

It cost Martin $133 per square foot to build the first hemp house in the United States, well above the 2009 U.S. average of $83.89 [source: CNN]. And in the South, where he lives, he paid nearly twice the average price of $76.77 per square foot [source: National Home Builders Association]. So Martin is in the minority. But there might be more hemp homes, and the prices would likely go down, if the U.S. government legalized the cultivation of industrial hemp. But the federal government classifies all Cannabis sativa as marijuana, even though industrial hemp has much less THC [source Vantreese].

Since it's still illegal to cultivate hemp, many U.S. suppliers are forced to import industrial hemp products. And the price for importing hemp building materials can be staggering, often making the construction of hemp homes too expensive [source: Building Green]. But other countries are way ahead of the United States when it comes to hemp as an industrial green crop. In Canada, for instance, hemp is the new cash crop. In 2007, Canada exported 862 tons (876 metric tons) of industrial hemp, and 59 percent of that went to the United States [source: Hanson].

Just two years later in 2009, U.S. Congressman Ron Paul introduced The Industrial Hemp Farming Act of 2010 that, if passed, would have allowed commercial farming of industrial hemp, and would have given state legislatures the authority to license and regulate the commercial production of hemp as an agricultural commodity [Hemp.org]. Several states, including North Dakota, Montana and Vermont currently have regulations permitting farming of industrial hemp under state law, but those laws can't be implemented without federal approval.

That 2010 federal bill failed to gain approval, which means hemp still has to imported from countries like Canada and Europe, leaving homeowners interested in greener building materials weighing the eco-benefits of hemp against its higher cost.

John Perritano "Can I use hemp as a building material and to insulate my house?" 16 February 2011.
HowStuffWorks.com. <https://home.howstuffworks.com/home-improvement/construction/green/hemp-building-material.htm> 30 November 2022
Print | Citation
Featured
Special Offer on Antivirus Software From HowStuffWorks and TotalAV Security
Try Our Crossword Puzzles!
Can You Solve This Riddle?
Building Materials 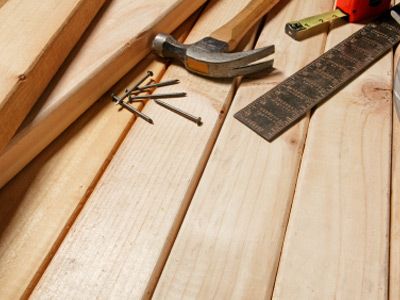 Up Next
When is using untreated lumber better?
Explore More 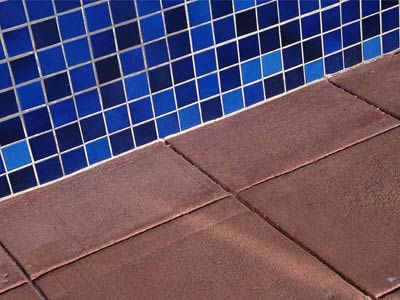 You May Like
How is ceramic tile made?
Explore More