How to Troubleshoot a Forced-Air Distribution System

by Walter Curtis
NEXT PAGE 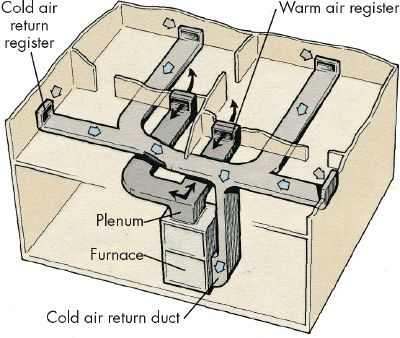 A forced-air distribution system uses a blower to distribute warmed air and to [b]return cold air to the furnace so it can be rewarmed and distributed again.
©2006 Publications International, Ltd.

Fueled by gas, electricity, or oil, a forced-air distribution system is just what the name implies. Air is forced from the furnace through ducts to registers in various rooms. Besides warming the air, the blower system that distributes the warmed air also returns the cold air to the furnace so it can be rewarmed and distributed to the rooms again.

A forced-air system is also efficient for distributing cool air from a central air conditioner with the same ducts, registers, and blower. There is little that can go wrong with a forced-air system. The big problems typically include noise and blockage of airflow, usually caused by dirt or by furniture or draperies blocking the registers. Forced-air systems should be cleaned and maintained regularly.

A problem can arise with this type of system in which the temperature of different rooms varies widely. Find out how to solve this problem in the next section. 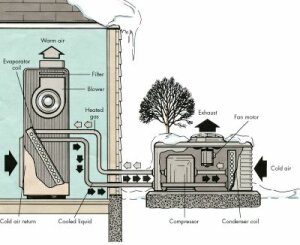 How to Troubleshoot a Heat Pump 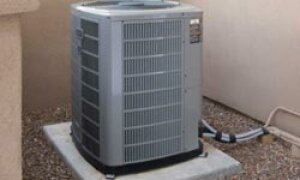