Why do most zippers say "YKK" on the pull-tab? 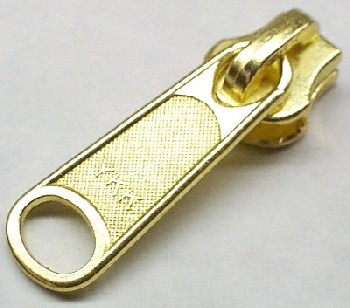 Why do most zippers say "YKK" on the pull-tab?

YKK is a huge company that makes zippers!

Here is a bit of zipper history. The "clasp locker" as it was called, was invented in 1891 by Whitcomb L. Judson. The clasp locker was an assemblage of hooks and eyes that Judson thought would save people time and sore backs fastening their shoes with one hand. Later, in 1913, Gideon Sundback of Sweden developed the predecessor of today's zipper that used metal teeth, and patented it in 1917. Sundback's design was the first design that saw practical use. Sundback's "separable fastener" had more fasteners per inch than the earlier clasp locker. Later, the B.F. Goodrich Co. used the separable fastener in some rubber boots and came up with the name "zipper" because the boots could be fastened with one hand. Today, zippers are also made of plastic as well.

Founded in Japan in 1934, YKK was called Yoshida Kogyo Kabushikikaisha, but 60 years later the company changed its company name to match its brand name. The privately held YKK Co. is headquartered in Japan and is made up of 80 companies at 206 facilities in 52 countries. YKK makes the entire zipper including the dyed cloth and the brass used to make the zipper.

YKK zippers are found in:

A YKK factory site in Macon, Ga., produces 7 million zippers a day, in a total of 1,500 styles in more than 427 standard colors. It's the largest zipper factory in the world. The Macon site produces its own brass to make the teeth and slider parts of a zipper. The same factory also produces and dyes the yarn that is woven into the fabric portion of a zipper. And YKK also produces the machines that make the zippers! YKK has leveraged its knowledge of working with metals to form an aluminum building products division that now accounts for two-thirds of YKK's worldwide sales.

Why is there a sewage smell in your bathroom?
Disinfecting vs. Sanitizing
How can you wash and dry clothes with steam?