by Nicholas Gerbis
NEXT PAGE 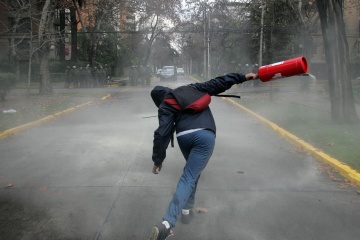 That student protester is actually throwing a regular fire extinguisher. That's not quite the same thing as one that's designed to be lobbed at a fire.
© Stringer/Chile/Reuters/Corbis

Judging from some ads on late-night TV, you would think that the average human being is incapable of peeling fruit, making salad or vacuuming a floor without hilarious calamity ensuing. Which might make you wonder: How can we possibly be trusted with putting out a fire?

In the midst of an emergency is a lousy time to realize that fire extinguishers are more than a point-and-shoot proposition. You need to properly store, charge and maintain them, understand how to activate and use them, and choose the right one for a given fire. It's a lot to think about in the, ahem, heat of the moment, which is why it's surprising that laws mandating that workplaces and homes stock extinguishers do not always require training in their proper maintenance and use.

It's a complex problem, and one that firefighters have grappled with since Ctesibius of Alexandria devised the first basic hand pump for directing water at a fire around 200 B.C.E. [source: Encyclopaedia Britannica]. Over time, it became clear that we needed more portable extinguishers and a wider array of snuffing substances to tackle different fuels and conditions: Water wouldn't work in grease fires or electrical environments, and fighting raging infernos required different skills and tactics than dousing a smoldering trash fire. In short, firefighting grew from an avocation to a science, and one of its laws stated that hesitation and bad decisions do more harm than good.

Clearly, firefighting shouldn't be left to the amateurs unless necessary and, in such cases, the devices they use should be as simple as possible.

With this in mind, a few companies have rekindled the centuries-old idea of the fire grenade, made it simple, nontoxic and eco-friendly, and dubbed it the throwable fire extinguisher. It comes in two basic forms: a breakable ampul about the size of a large shampoo bottle and a heat-activated ball roughly the size of a cantaloupe. Both are lightweight enough for even children, the elderly and the differently abled to throw or roll them.

Whereas throwable ampuls shatter and react with fire to generate smothering gases and foam, fire extinguishing balls go boom and scatter dry chemicals. As we'll shortly see, although they cover much of the same territory, their approaches differ quite a bit. 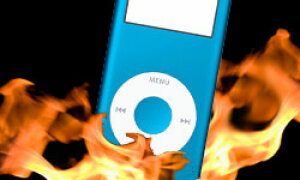 How can an iPod set your pants on fire -- literally? 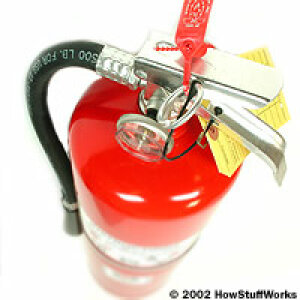 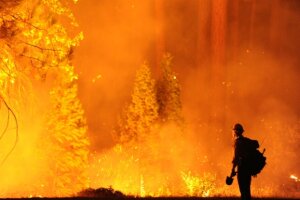 Can you really fight fire with fire?