How many things can you plug into an electrical outlet before it catches fire?

by Josh Clark
Perhaps it's time to rethink your energy use. Marcus Lund / Getty Images

­­It seems to happen most around the holidays -- the electrical outlet begins putting on extra weight. There are nine strings of lights for the tree, electric candles, a CD player with holiday music and -- for some reason -- a George Foreman Grill. It seems like just staring at this mess of electrical cords for too long will give it just the extra boost it needs to catch fire.

­Overloaded outlets do cause fires -- an estimated 5,300 annually in American households [source: CPSC]. Almost 2,000 of those occur during the holidays [source: ESFI]. Visions of burning sugarplums got HowStuffWorks to wonder -- just how many things can you plug into an electrical outlet before it catches fire? It depends -- there are a variety of factors that can make a difference.

To figure out how many things you can plug into an outlet before it will catch fire, first we need to get to the heart of how electricity works. At any given moment, the average American house has 120 volts of electricity flowing though it. Somewhere in your house, you'll find a wall-mounted box, containing either circuit breakers or fuses (found in older homes).

So how do you find out how much is too much? Actually, it's pretty easy. To determine how much electricity you're using with all of those holiday decorations, you just need to do a little math. The formula looks like this:

­Say you're using 2,000 watts of power with your holiday lights and other decorations. You divide that number by the volts in your house (usually 120) and you come up with 16.6 amps of current that you're using. With a 20 amp electrical outlet, you're using around 80 percent of the available current, whic­h is the most you should be using per circuit.

On the next page, you'll find out about some of the other factors that you should take into account when preventing a very toasty holiday.

Special thanks to Prof. A Lynn Abbot of Virginia Tech and Phil Chovan of the Fire Department Safety Officers Association for their help on this article.

In addition to calculating your electricity usage, there are other things you can do to prevent your home from going up in flames this Christmas. Things like faulty wiring, winter weather and bad product choices can all act as contributing factors in a holiday fire.

­Every year, thousands of counterfeit electrical products end up on the shelves of legitimate stores across the United States. And a lot of these products simply aren't built to withstand the demands of the extra holiday decorations. The Consumer Product Safety Commission gets its hands on these p­roducts whenever it can. The CPSC tests products and finds that many counterfeit products can't stand up to even the most basic safety testing. When they discover a counterfeit or faulty product, the CPSC issues recalls of these products.

Even certified products can cause an overload. Electrical devices that are built to put out heat, like space heaters and hair dryers, tend to use more power than other devices. Devices like these may overload a circuit, especially one that's already reaching its maximum amperage allowance. Coupled with a faulty circuit breaker, this overload can cause the products to overheat and possibly catch fire.

But it's even more likely that a fire will occur in a place you can't easily see. Waste heat generated by the electrical current can cause wiring hidden within a home's walls to expand and contract, eventually loosening it. Once that wiring is loose, the electricity can arc, with a heat output reaching 1,500 to 1,800 degrees Fahrenheit.

That's more than enough to ignite wood or old insulation under normal circumstances, but winter weather is less humid than in the summer. Inside a house in the winter months, the relative humidity within the walls can drop to that of the average desert, turning studs -- wooden wall supports -- into kindling, easily ignited by an arcing current.

Here we arrive at one of the problems with electrical fires: By the time you see smoke coming out of your outlet, a fire has most likely already begun and is spreading out of sight within your walls and up to your attic. It's easy for a homeowner who has turned off the power to a burning socket to think that they've taken care of the problem. But an unseen fire may already be building beyond the outlet.

Even worse, electrical fires can be particularly tricky to put out. Since they involve electricity, using water to put out the fire can cause electrocution. Chemical powders can cause the fire to smolder then reignite. According to Georgia Mutual Aid Group state safety officer Phil Choven, if you notice an electrical fire, you should turn off your power (if it's safe) and leave your house. Then call 911 to report the fire.

Read the next page to find out how you can protect yourself from holiday fires. 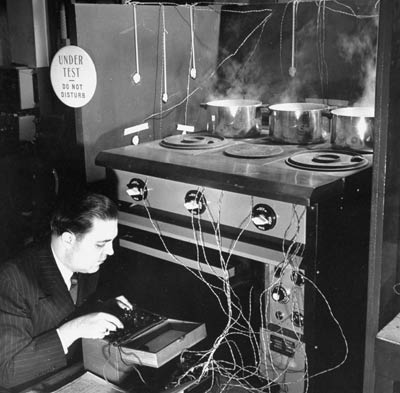 It's disheartening that stores in the United States sell unsafe or uncertified products, but it does happen. Fortunately, there are organizations dedicated to keeping dangerous products out of your home.

­Underwriters Laboratories (UL) and Factory Mutual are both certifying bodies that test products independently. They test electrical products (among others) to determine if they flame up when plugged in. If they don't, then these group­s certify them, attaching a label to the products you can look for when you shop for electrical devices. In addition to looking for labels like these, Electrical Fire Safety Foundation International suggests that you steer clear of buying things like extension cords and circuit breakers from deep-discount stores. Also, look for name brands that you recognize and trust when buying products like these. Checking labels can also help. Look for spelling errors and bad grammar as sure signs that the product you're considering buying was produced by a disreputable company.

Back at home, take it easy on your home's power supply. It's not difficult to calculate the amount of power you're asking for from your outlets, and doing so can prevent a fire. Christmas lights are usually low wattage, coming in at about a combined total of 25 watts for 50 bulbs. If your circuit can handle up to 2,000 watts within the 80 percent amperage safety limit, you should be fine -- the brightness of so many bulbs would probably burn your eyes out before it would your electrical outlet. But other devices, like space heaters, use a lot more power than holiday lights. Simply unplugging one device when plugging in another can cut down on your risk of an electrical fire. And be sure to unplug all of your decorations before you go to bed.

It's also a good idea to take a good look at the wiring of devices that you're using this holiday season. Frayed or worn wiring is a red flag that you should replace the device it's attached to. The rubber insulation is meant to cut down on heat output and eliminate current arcing, and when it's missing, the risk of fire increases greatly. Also look for old plugs that don't fit snugly into an outlet. These can also cause sparking, which is bad when the outlet is next to a dead pine tree brimming with flammable sap.

Ultimately, you can't tell how many plugs are too many before an outlet will catch fire, except on a case-by-case basis. And it's not a good idea to conduct your own experiments at home. Instead, this holiday season it's a good idea to familiarize yourself with the electrical specifications of both your home and the electrical devices you plug into your outlets. Pay attention to the number of items you use on a single circuit, and perhaps leave the extra decorations in the attic this year. If not, those chestnuts in your kitchen may end up roasting on an open fire, whether you meant for them to or not.

For lots more information on electricity and fire, visit the next page.

How Pepper Spray Works
Is there a way to keep floodwaters out of my house?
How do I find out the VOC content of paint?